Ceres is a dwarf planet about 950 kilometres in diameter, it was given the name of the Roman goddess of agriculture and fertility. Discovered in 1801 by the Italian astronomer Giuseppe Piazzi (director of the Palermo observatory in Sicily), it is doubtless composed of various hydrated compounds and water ice at the surface, with a rocky core at its centre. It was because of its spherical shape that it was no longer considered an asteroid and was reclassified as a dwarf planet by the International Astronomical Union in 2006.

The magnitude of Ceres varies from 6.7 at the perihelion (it is then less than 2 astronomical units from Earth) to 9.3, which makes it possible to follow its movement amongst the stars with a pair of binoculars.

The American Dawn probe should provide detailed images in 2015 when it goes into orbit around Ceres; meanwhile, the dwarf planet was photographed in 2004 by the Hubble space telescope. Regions of different brightnesses are the result of topographical features (such as craters) or areas of different chemical composition. 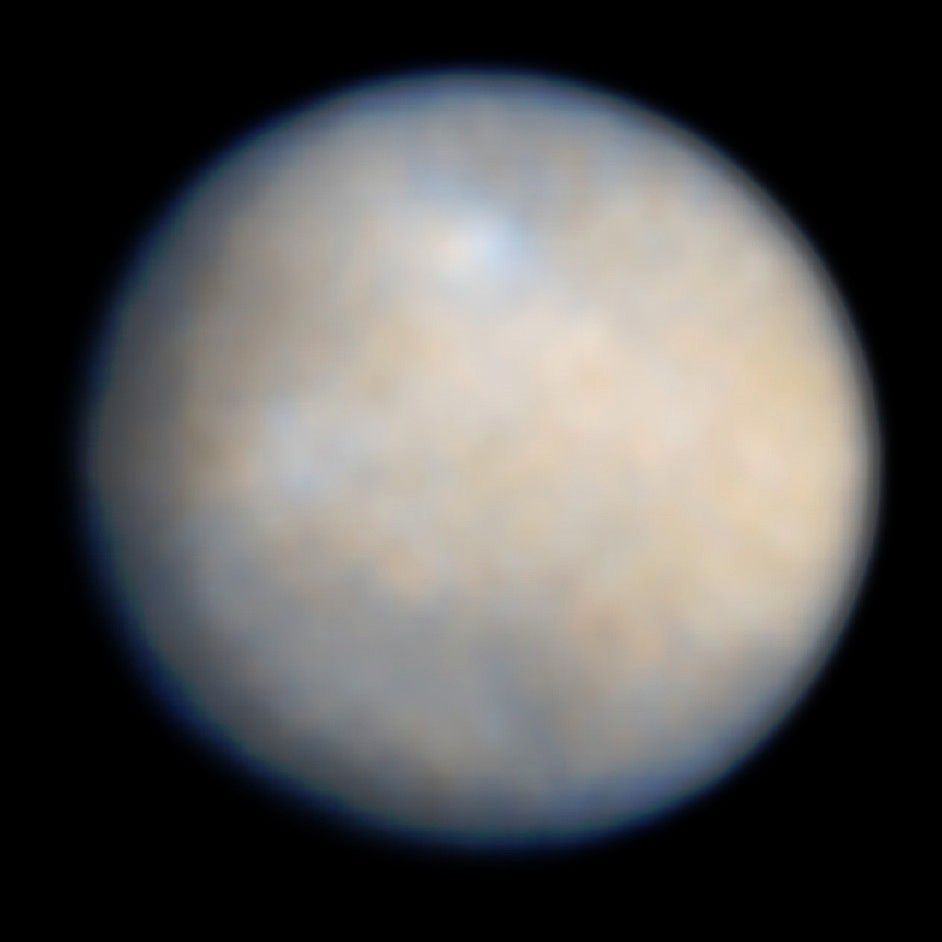 Ceres photographed in 2004 by the Hubble space telescope. Credit NASA