Cape Canaveral is on the west coast of Florida, 28° 30' north in latitude, and is home to two main complexes:

- Cape Canaveral Air Station (CCAS) where the Saturn launchers were controlled and Titan, Atlas and Delta launchers are managed.

- The Kennedy Space Center of which the activities are devoted to the space shuttle and the construction of the international space station, ISS.

The proximity of the Atlantic offers a launch sector open essentially from north-east to east. 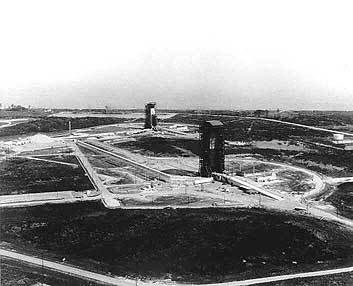