Ares V was to have been a two-stage cargo launcher with boosters, intended to follow the American space shuttle. It would have been 110 m tall with a launch weight of around 2900 tonnes. However, with the cancellation of the Constellation program in October 2010, Ares V was shelved. In September 2011 NASA announced the Space Launch System as its new vehicle for human exploration beyond Earth's orbit. 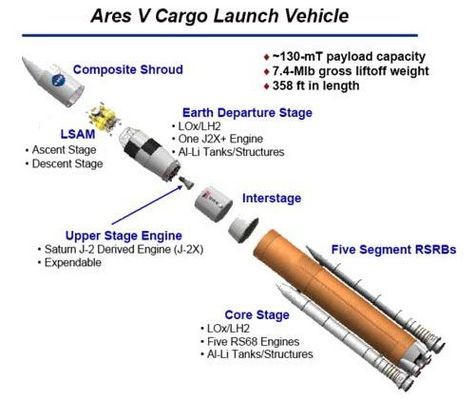