Apollo was the American lunar space exploration programme that Kennedy decided to launch in 1961.

The aim was to land at least one man on the Moon before 1970, as a response to the advancing Soviet space programme and the humiliation felt by the American people after the impressive firsts achieved by the USSR (the first satellite, the first cosmonaut, the first lunar probe etc.).

The complete Apollo vessel was made up of three components: the 6-tonne cone-shaped manned command module, the only part to return to Earth after a mission; the 23-tonne cylindrical service module attached under the first module, containing gas tanks and equipped with an injection engine for trans-lunar and Earth travel; the 15-tonne lunar module (LEM: The Lunar Excursion Module), itself made up of two parts, the descent stage (10 tonnes) and the ascent stage (5 tonnes), the latter also forming the cabin for the two astronauts who were to walk on the Moon's surface.

Only Apollo 13 was unable to land, because of an explosion in the oxygen tank inside the service module causing the mission to be aborted and the return of the crew.

All the Apollo missions to the Moon were launched by a Saturn 5 rocket specially designed for the purpose. 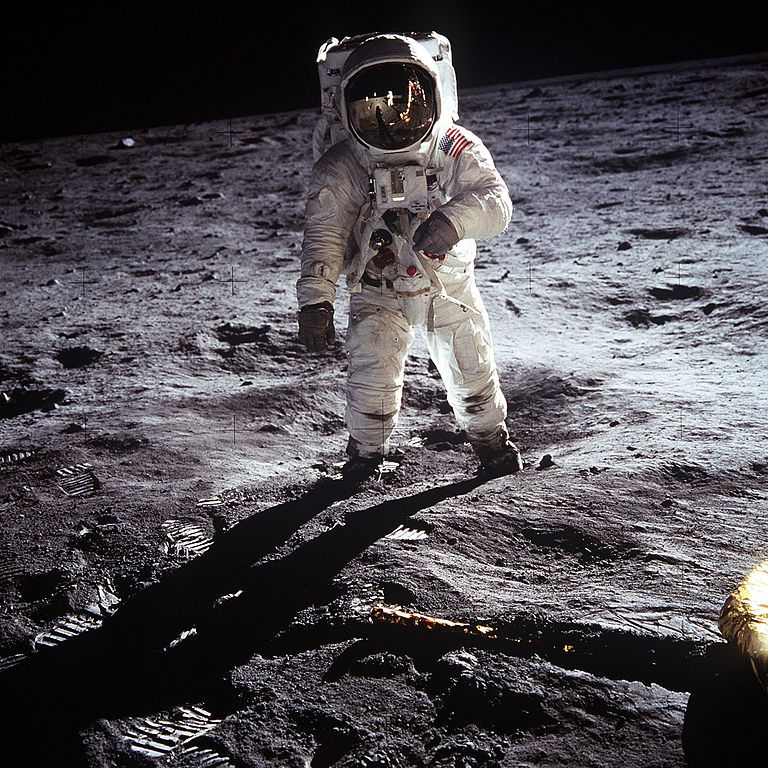