An accretion disk is a spinning cloud of gas condensing and flattening under gravitational forces and feeding on heavy elements from the explosions of neighbouring massive stars.

In 1755, Emmanuel Kant made the hypothesis of a solar nebula: under its own gravity, an accretion disk would collapse on itself and be fragmented into a series of smaller clouds, one of which became our solar system. 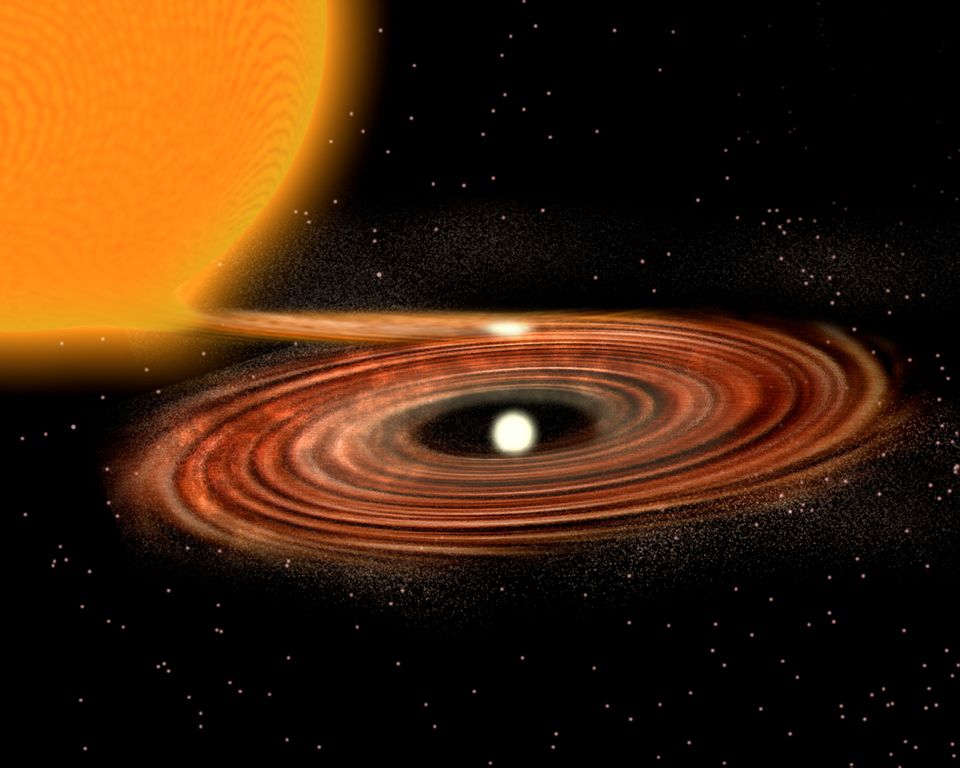