Whale watching is a term used to describe the tourist activity of going to observe wild whales in their natural habitat.

A marine form of ecotourism, this practice has been developed commercially in an extensive manner over the past twenty years. Whale watching has made a large number of people aware of the protection of marine mammals, but is sometimes criticised because a few deviations and excesses may have disturbed and stressed the animals observed. This has led the managers of reserves, nature associations and a few countries to adopt regulations governing this activity. The best example is perhaps France, with the code of conduct in the Pelagos Sanctuary in the Mediterranean. 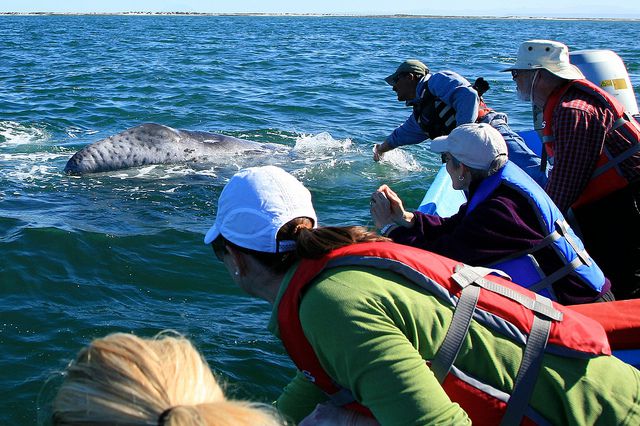 It is generally recommended that observers do not get too close to the animals, unless the animals themselves decide to approach the observers out of curiosity. © Ryan Harvey, flickr, CC by-sa 2.0