A wetland is considered to be any territory in which the presence of water, of any degree of salinity or persistence throughout the year, characterises the territory's biotope and distribution of living creatures.

According to the French law on water and aquatic environments (LEMA), all "land, usable or unusable, that is usually flooded or saturated with fresh, salty or brackish water, on a permanent or temporary basis" with "vegetation, when present, dominated by hydrophilic plants for at least part of the year" is considered to be a wetland.

The Convention on Wetlands of International Importance, or the Ramsar Convention, gives an even wider definition of these environments, including a larger portion of the marine realm.

Under this convention, wetlands are all "areas of marshes, fens [Note: swampy moors of the Ardennes plateaus], peatland or water, whether natural or artificial, permanent or temporary, with water that is static or flowing, fresh, brackish or salt, including areas of sea water the depth of which at low tide does not exceed six metres". 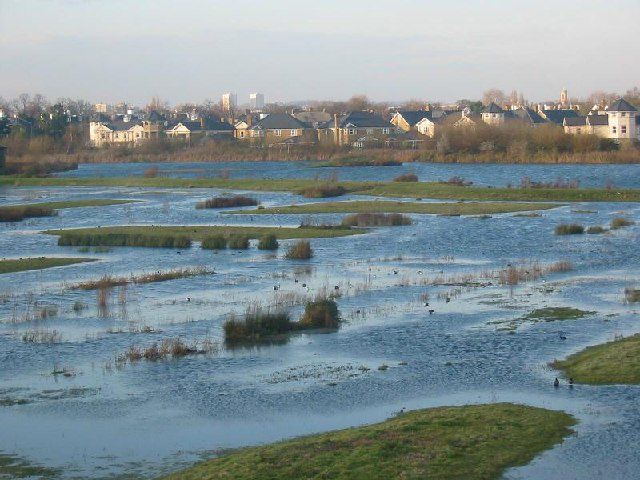 Wet meadows, such as this meadow flooded by the Thames near London, are becoming increasingly rare despite their ecological importance and their role in flood prevention. © Ian Day, Geograph CC by-sa 2.0