Water, in its liquid form, is essential for living organisms, both for its mechanical characteristics and its chemical properties. Consequently, living beings may be composed of up to 97% water.

From a mechanical point of view the pressure exerted by water, called hydrostatic pressure, is used by organisms for mechanical support, whether in water (jellyfish...) or on land (plants).

From a chemical point of view water dissolves the majority of solid bodies and thus facilitates chemical reactions, and therefore the metabolism. Water is in fact an essential solvent, sometimes called the " universal solvent ".

In addition, the permanent presence of liquid water is what defines a circumstellar habitable zone, in which it is possible to discover extraterrestrial life forms comparable to life forms we already know.

Click to enlarge. A circumstellar zone with a permanent presence of liquid water is called a habitable zone. © Lithium57 CC by-sa 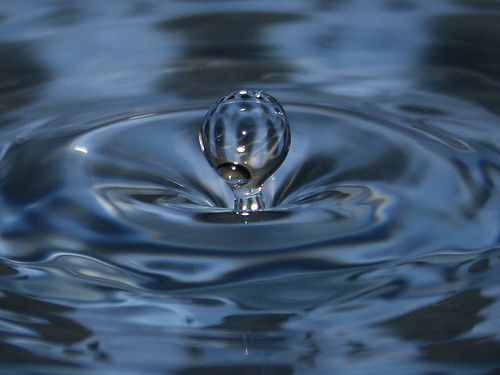 Water, in the form essential for life: liquid. © SnapR CC by