Tidal gates are hydraulic devices similar to locks. Their role, however, is not to facilitate navigation, but to allow for the discharge or retention of water.

The role of tidal gates

Tidal gates can, on one hand, be used to discharge surface water, rainwater, and tide water while preventing the influx of sea water at high tide. The objective may be to drain a wetland, dilute the salt upstream of the works and to prevent floods. Tidal gates, or sea gates, are then used as polderization systems.

On the other hand, tidal gates may play an inverse role, for example to store water brought by high tide in a reservoir. The idea is then to maintain a certain water level in a port or even a 'chasse-maree' device: at low tide, the opening of the sluices releases the accumulatedwater and pushes back the sediment accumulated nearby. 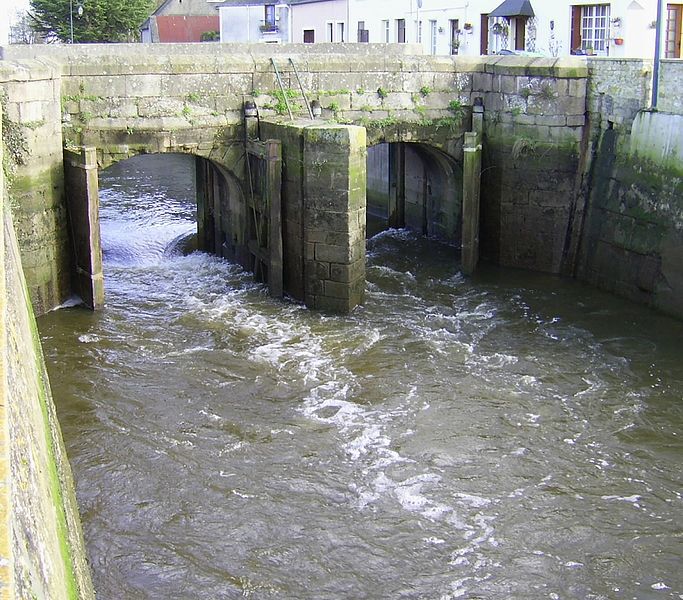