Submersion is the covering of land or a body (ship, human being) by a liquid, generally water, which can be localised (a flood after a rise in water levels) or more permanent (disappearance of polders, coasts).

When the phenomenon is long term and involves the sea, the term 'marine transgression' can be used.

The reverse phenomenon is called emersion (of a volcanic island, for example) or even regression. 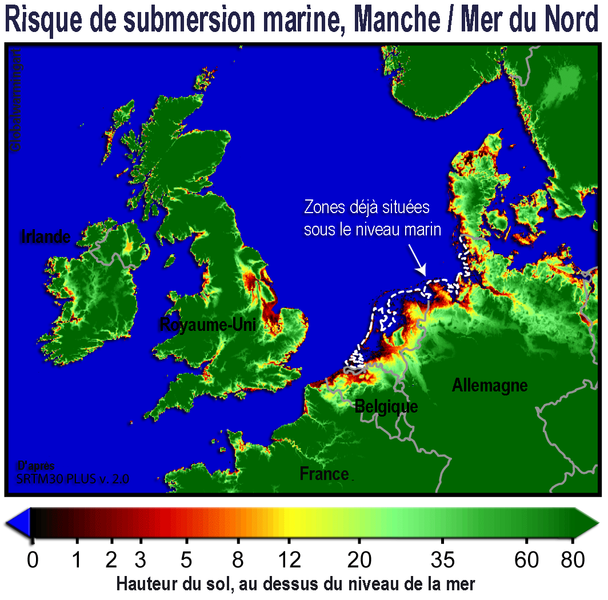 Zones at risk of submersion in the English Channel and the North Sea. © Lamiot CC by-sa