Stop- start is an electric system that is used to automatically stop and start a vehicle when it stops moving, even for a short period of time. This system can be used to reduce vehicle fuel consumption and pollution in the urban environment.

Description of the stop -start system

represents the lowest degree of vehicle hybridisation. It is called a micro hybrid. In fact, it combines the conventional internal combustion engine with an electric starter-alternator piloted by on-board electronics. Principle of the stop - start system When the vehicle stops at a traffic light or in a traffic jam, the system checks to see if conditions favourable for stopping and electrically restarting the engine are present:

In this case, the starter-alternator stops the engine. The engine thus stops consuming fuel, polluting and making noise.

To move forward again, the driver presses the clutch. The system then activates the starter-alternator which electrically restarts the internal combustion engine while significantly reducing its fuel consumption, pollutant emissions and noise.

Advantages of the stop - start system for the environment

In the urban environment, where short stops are frequent (red light, traffic jam, delivery truck...) the start-stop system can produce significant results. According to car manufacturers, savings may reach 5 to 15% of reduced consumption and emissions of CO2 in the standard urban cycle. 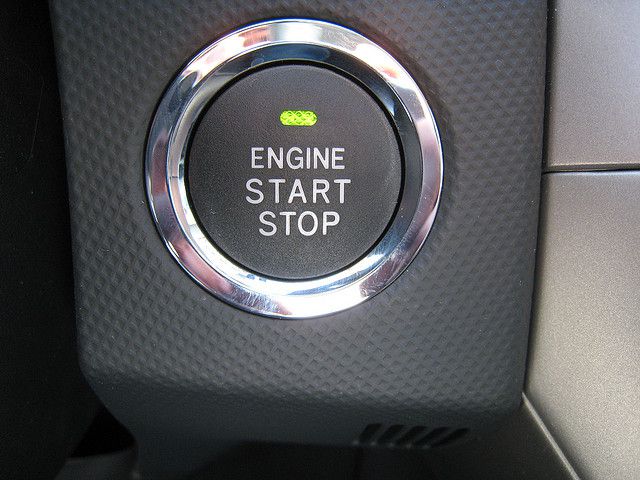