In 1976, a reactor in the ICMESA factory, a subsidiary of the Givaudan group, released a cloud of toxic gas that affected the neighbouring town: Seveso.

It wasn't until four days after the accident, when the symptoms of chloracne appeared, that the authorities realised they were not dealing with the reagents they thought had been released, but a dioxin.

The consequences of this disaster on man and the environment

This dioxin, 2,3,7,8-tetrachlorodibenzo-para-dioxin (TCDD), became known as the Seveso dioxin. It is the most toxic dioxin molecule, used to produce Agent Orange, a defoliant used during the Vietnam War.

Meanwhile, plants turned yellow, over 3,000 pets died and 70,000 heads of livestock had to be slaughtered. In total, 193 people were poisoned, mostly children, and suffered from chloracne. Thirty years later the children of contaminated mothers suffer from thyroid problems. Moreover, the surrounding polluted land had to be decontaminated.

The Seveso disaster was a wake-up call: a major technological risk can have severe consequences beyond the bounds of the industrial plant, especially in an urban environment, and sometimes over the very long term. It is therefore necessary that public authorities and the population have a say in deciding where high risk industrial plants are located and how they operate.

New European directives, Seveso I and Seveso II, therefore required sites that pose a major accident risk (Seveso sites) be identified and that a prevention policy for major technological risks be implemented. 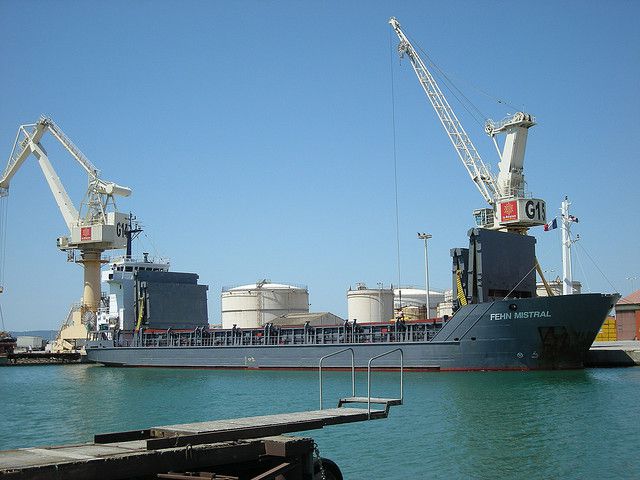 Ten Seveso sites are located within the Port-la-Nouvelle commercial port and its port city. © Jamiecat CC by 2.0