Second generation biofuels are the successors of today's biofuels (called first generation), and are seen as a solution to the problem of competition with food production.

By using only the non-edible parts of plants, and agricultural waste, biofuels based on lignin and cellulose should make it possible to produce both food and energy from the same farmed land.

Another solution lies in the development of farming operations dedicated to very productive plants that can grow in areas with poor soil fertility. This is the case, for example, of jatropha (Jatropha curcas) and the giant miscanthus (Miscanthus x giganteus).

Researchers and engineers are working towards this objective by exploring biological and chemical processes (biomass to liquid procedure), especially by using genetically modified organisms that are capable of breaking down cellulose (yeast, bacteria).

The production of biofuel from algae is another possibility being explored. Algae biomass is in fact barely used and does not compete with farming on arable land and fresh water. Sometimes called third generation biofuel, biofuels based on algae can also be a way of using the green tides. 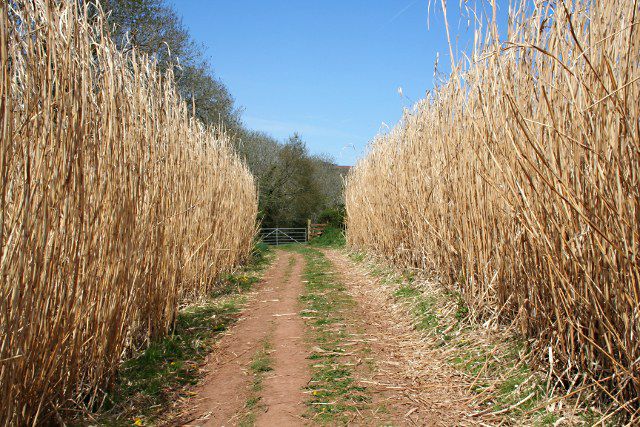 When will miscanthus be used in engines? © Tony Atkin, Geograph CC by-sa 2.0