Roadkill is a phenomenon linked to road and railway traffic that describes collisions between vehicles and wildlife.

From insects squashed on windscreens to the sometimes fatal impacts with large animals (wild boars, cows, bears, camels...), road and rail are a cause of animal deaths.

These collisions are caused by the fragmentation of ecological habitats and their biological corridors by an ever-expanding road network, as well as the continuous global increase in the number of vehicles and their speed.

Roadkill represents an ecological cost for biodiversity, as well as a human and economic cost through the accidents caused. This is why public authorities, land developers and civil society encourage the reduction of the number of animal deaths caused by collisions.

Several solutions are possible depending on local conditions and issues: 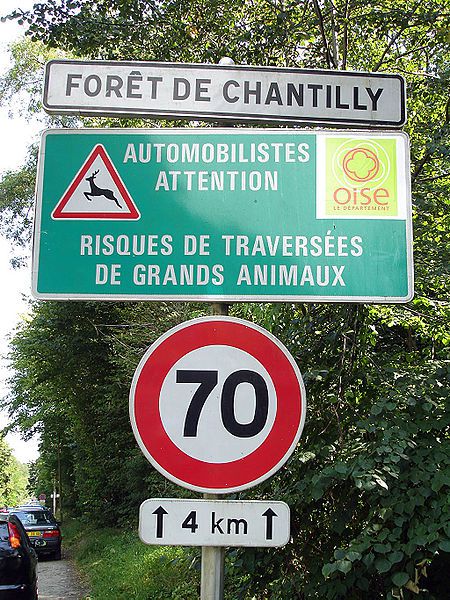 An example of roadkill reduction, based on prevention and the reduction of the speed limit along part of a road identified as a crossing place for large wildlife. © Clicsouris, Wikimedia CC by-sa 3.0