The main concern of REACH is to make up for the deficit of knowledge of environmental and health risks that may be caused by the production and use of chemical substances. Compared to current regulations, the REACH regulations introduce three major innovations:

In the 11 years after the regulations enter into effect, 30,000 substances (of the 100,000 currently on the community market), which represents the vast majority of tonnage produced and available on the market, will be registered with the European Chemicals Agency. Previously, only substances placed on the market after 1981 were subject to prior notification. Henceforth, it is the producers of these substances and no longer public authorities, who are responsible for proving that the risks relative to the substances they produce are properly controlled: the burden of proof has been reversed. 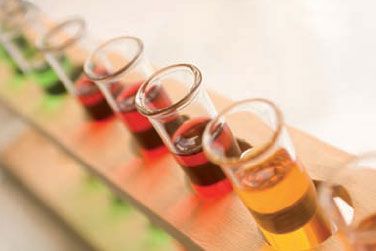 REACH is the European Union's new regulations on chemical substances, which came into effect on 1st June 2007. Credits: DR.