A photovoltaic panel is a device that transforms light energy into electricity. It uses the photoelectric effect by which an incident photon (light) can extract an electron from an atom.

Description of a photovoltaic panel

The electron and the hole break away on either side of the PN junction (the electrons towards N and the holes towards P), creating a difference in potential (which is measured in volts). A photovoltaic cell thus produces a continuous electric current.

There are different types of cells and production processes. The most commonly used semiconductor is silicon. Performance is measured first by output: the percentage of sunlight effectively transformed into electricity. Amongst panels sold commercially, are available from the least to the most expensive: 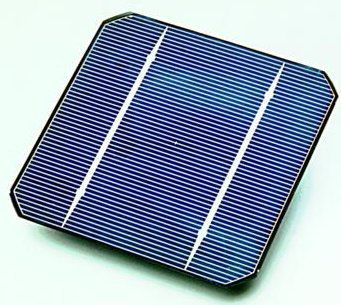