An ocean turbine generates electricity using a natural water current, such as that of a river or the tide, or even a stable marine current. An ocean turbine is composed of a turbine that is rotated by the movement of the water. An alternator, driven by the turbine, produces a continuous electric current, which is then transformed into alternating current. Ocean turbines can be installed under the surface or placed on the bottom.

These systems are relatively new and have only recently been implemented or tested in a few countries. In France, the first ocean turbine, of 500 kW, was installed in Brittany between Paimpol and Bréhat Island at a depth of 35 metres, in August 2011, and should be joined by three others of the same power. For France, the potential is estimated between 3 and 5 GW 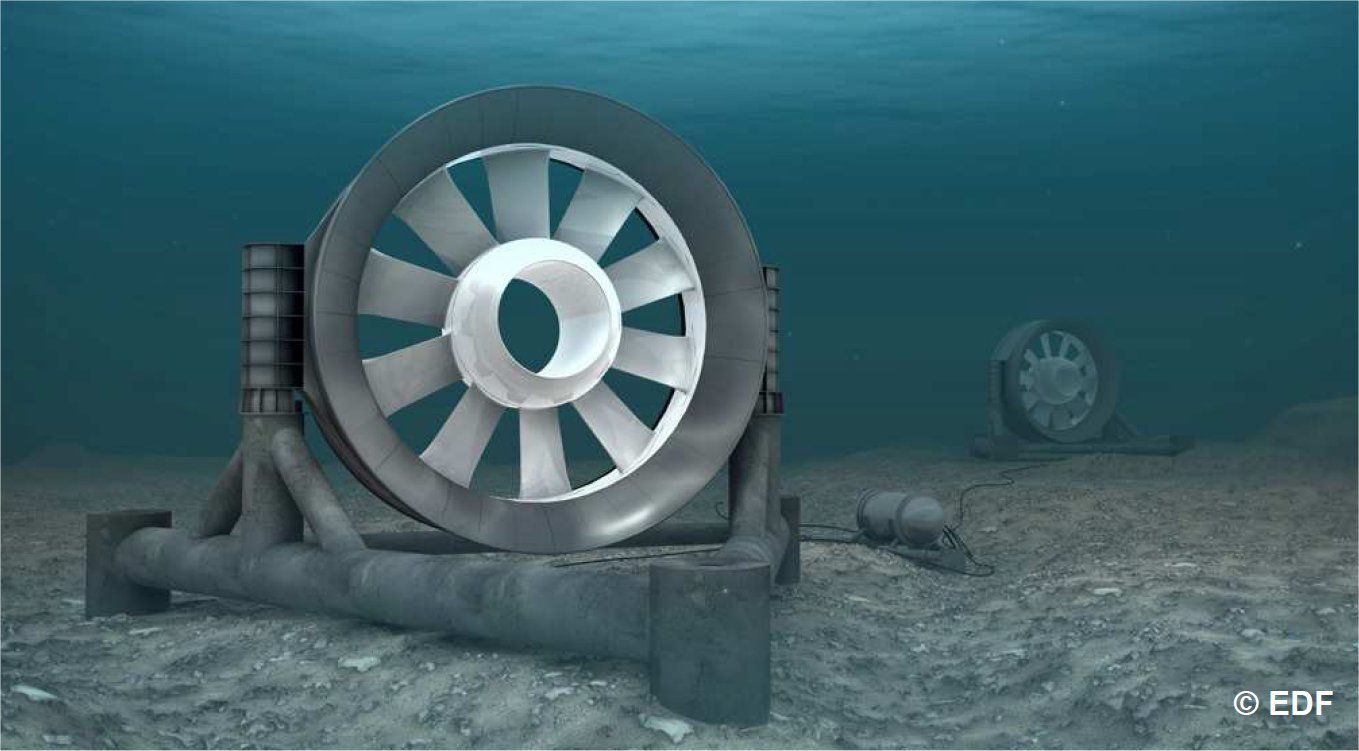 The Paimpol-Bréhat ocean turbine demonstration park, off the Ploubazlanec coast, in Côtes d'Armor, Brittany (artist's impression). These turbines extract some of the kinetic energy conveyed in the sea currents. © EDF