Designed and built in 1997 by Carlos Ordonez, Mitty Plummer and Rick Reidy from the University of North Texas, the CooLN2Car is a vehicle liquid nitrogen powered vehicle.

This vehicle has a 180 litre cryogenic tank. Liquid nitrogen at -125°C is converted into a high pressure gas by a heat exchanger. This compressed gas is then injected into a decompression engine similar to that of a compressed air vehicle.

The CoolN2Car only emits gaseous dinitrogen, the main component of the atmosphere.

The 1997 prototype had an autonomy of 24 kilometres at 30 km/n, with a top speed of 55 km/h. This type of vehicle potentially has the same advantages and disadvantages as compressed air vehicles.

Thus, liquid nitrogen production consumes a large amount of energy, just like compressed air. Only the use of clean energy can truly label this type of vehicle as a clean vehicle.

On the other hand, the use of nitrogen as an energy carrier means the vehicle can run without petroleum and pollute less locally.

In addition, a nitrogen tank recharges faster than an electric battery, lasts much longer and can be recycled while polluting less.

The CooLN2Car is a prototype intended to prove the technical feasibility of this concept. It is not intended to compete with other types of alternative vehicles by replacing conventional vehicles in the medium term. 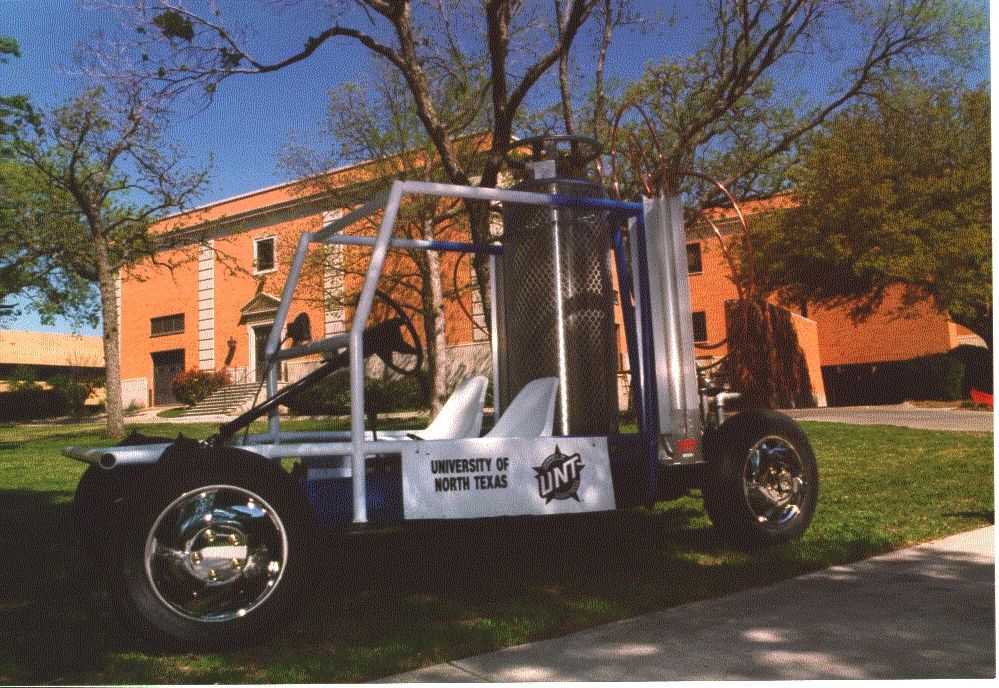 The CooLN2Car is a liquid nitrogen powered vehicle. © DR