Following the discovery of a hole in the ozone layer over Antarctica in 1985, governments decided to implement strict measures to reduce the production and use of certain chlorofluorocarbons (CFCs).

This is why a conference was held in Canada in 1987 which concluded with the international treaty to fight against the hole in the ozone layer: the Montreal Protocol on Substances that Deplete the Ozone Layer.

Principle of the protocol

This protocol requires signatory countries (all countries since 2009) to progressively eliminate the use and production of substances that deplete the ozone layer (abbreviated as ODC for ozone-depleting chemicals): CFCs, halons, hydrochlorofluorocarbons (HCFCs), methyl bromides, bromochloromethanes, etc.

This protocol was then amended several times (London, Copenhagen, Montreal and Beijing amendments) to better define methods for eliminating ODCs, speed up the timetable and add new ODCs.

Objectives of the Montreal Protocol

By 2010, CFCs should no longer be produced, except for a few very precise and restricted uses (medical field). HCFCs should disappear by 2040, and perhaps earlier due to their greenhouse effect.

A PDF version of the Protocol is available on the website of the Secretariat of the Montreal Protocol. 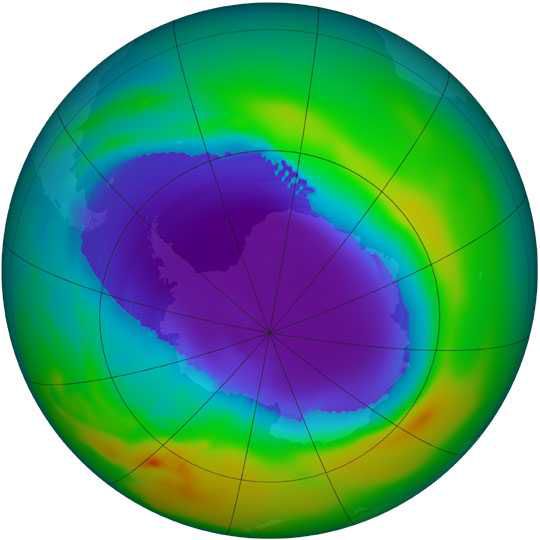