The Protocol on Environmental Protection to the Antarctic Treaty, or more simply the Madrid Protocol, was signed in 1991 and ratified in 1998.

Principle of the Madrid Protocol

This protocol followed the 1959 Antarctica treaty, which made Antarctica a sanctuary and in fact the common heritage of mankind, banning all attempts to appropriate and use this land for military purposes.

The Madrid Protocol adds to pre-existing conventions on the conservation of seals and more generally the marine flora and fauna of Antarctica. It creates a legal framework for global protection of the environment in this area.

Annexes to the protocol

The protocol was completed by several subsequent annexes:

Consequences of the protocol

Under this treaty, all military as well as commercial operations are banned and scientific or other activities are subject to a prior assessment of their environmental impact.

The text of the Protocol to the Antarctic Treaty on environmental protection in Antarctica is available on-line at the Droit de l'Antarctique (Antarctic law) website: http://droit.antarctique.free.fr 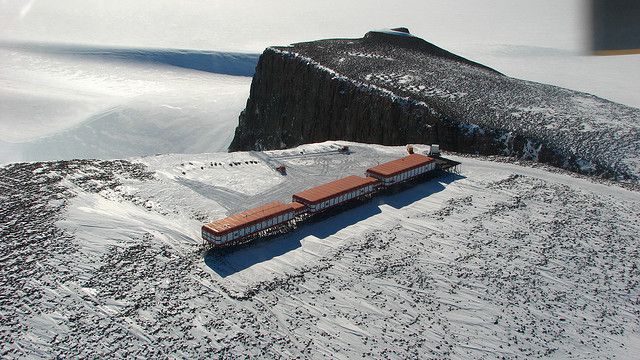 A South African base in Antarctica. The Antarctic Treaty and Madrid Protocol ensure that this type of base will not give rise to territorial claims or environmental damage. © Chantal Steyn CC by-nc-nd 2.0