On 13 November 2005, a series of explosions shook and set fire to a petrochemical plant owned by the Jilin Petrochemical Corporation, in Jilin, China.

Consequences on the population

Six people were killed, dozens were injured and ten thousand were evacuated.

Consequences on the environment

The explosions, apparently due to a handling error, also caused the leak of large quantities of benzene, which is toxic and carcinogenic, and nitrobenzene, which is also toxic, into the Songhua River.

Approximately 100 tonnes of these chemical products formed a pollution slick 80 kilometres long. From the Songhua River, this slick of benzene and nitrobenzene reached the Amour River then, gradually, the Okhotsk Sea and nearby seas.

Methods used to combat the disaster

Chinese authorities reduced the immediate ecological impact of this pollution by treating the water with activated charcoal. At the same time, water distribution networks were cut when the pollution slick reached cities along the river. 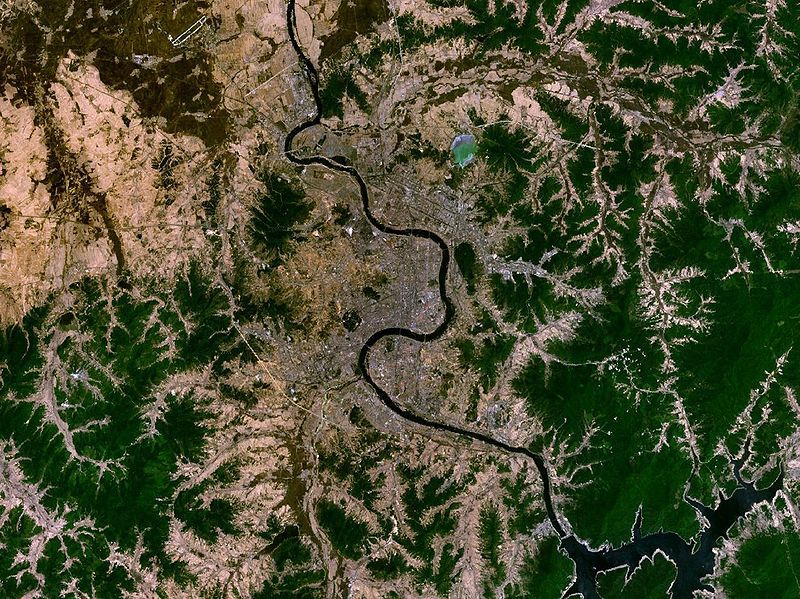 The city of Jilin and its river was polluted by benzene during the disaster in 2005. © Nasa World Wind, public domain