A hybrid vehicle is a vehicle that is driven by at least two different energy sources. Generally, the term 'hybrid vehicle' is used to describe a vehicle that uses fuel and electricity to power movement using two engines, an internal combustion engine and an electric engine.

There are several degrees of hybridisation, depending on the role of the electric system in the vehicle's locomotion.

From the lowest to the highest degree of hybridisation, there are:

Micro hybrid vehicles are equipped with the start-stopsystem. This system automatically stops and then starts the internal combustion engine when the vehicle is stopped. It can thus be used to save fuel and reduce emissions of pollutants (CO2, exhaust gas) and noise when repeatedly starting and stopping in urban traffic (traffic lights, traffic jams, etc.).

Semi hybrid engines are variations based on the start-stop system, which also use electricity to power other systems. Lighting and on-board devices, amongst others, use the electricity stored in the vehicle's battery. The battery is recharged by the internal combustion engine and the braking process.

The difference between a semi hybrid engine and a simple start-stop engine lies in the backup provide to the internal combustion engine by the electric motor. This provides a surplus of power during the starting and acceleration phases.

Finally, rechargeable hybrids are a variation of the full hybrid model. The unique feature of rechargeable hybrids is that the battery can be recharged using a power outlet. This type of vehicle is therefore capable of running in full electric mode independently of the internal combustion engine, at least over short distances.

Depending on its degree of hybridisation, a hybrid car goes through different operating phases:

Hybrid vehicles, especially rechargeable hybrids, benefit from the autonomy of the conventional fuel distribution network while emitting less CO2 and pollutants, as they can even run temporarily without fuel.

Engine hybridisation is therefore part of the solution to the transition to clean vehicles that are independent of fossil fuels. 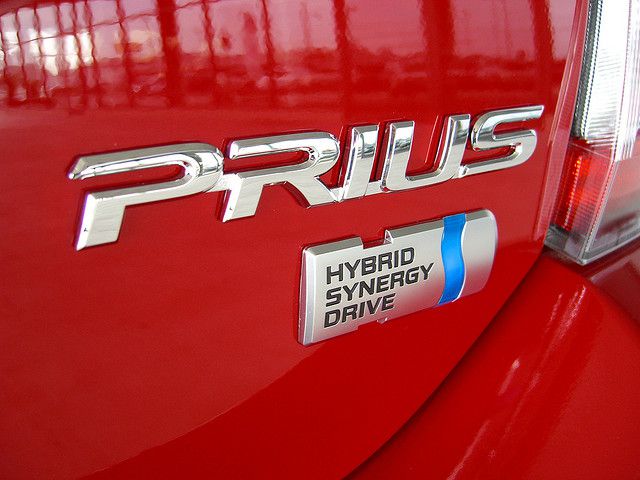 The Prius, an icon of hybrid vehicles. © Beth and Christian CC by 2.0