A flood control zone is a natural or man-made zone into which flood water can flow during flood events.

This zone temporarily stores water and delays its release when flow rates are the highest. The flood control zone area also plays a role in supplying aquifers as well as in the functioning of wetland ecosystems.

Operation of a flood control zone

When the zone is specifically developed to receive flood water, the term controlled flood area (CFA) is used. It operates as follows:

The principle behind these flood control zones is to control the areas where floods appear when they are inevitable. In this way water is prevented from reaching sensitive zones (chemical product storage, power plant...) and the human and economic cost of floods is reduced. 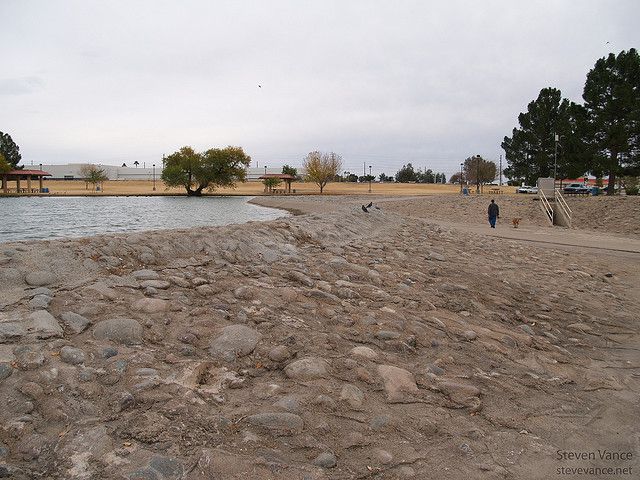 Development of a park in a flood control zone. In the foreground, the reinforced bank area, which is used as a spillway. © Stephen Vance CC by-nc-sa 2.0