The carbon tax is a tax added to the sale price of goods or services depending on the amount of greenhouse gas, such as carbon dioxide (CO2), released during their use. The carbon tax was set at 17 Euro per tonne of CO2 and took effect in 2010.

The principle of the carbon tax was established during the Grenelle Environment Agreement and it is officially called the Climate Energy Contribution (CEC). The carbon tax potentially concerns fossil fuels (petrol, diesel, gas, coal) and all of the activities that use them. The tax is calculated based on the price per tonne of carbon dioxide emitted.

Its objective is to guide consumer habits towards products or behaviours that limit greenhouse gas emissions.

A commission of experts, chaired by Michel Rocard, met in July 2009 and submitted a report with several recommendations to the French government on 28 July 2009. The carbon tax only concerns CO2 emissions (and not other greenhouse gases such as methane). It will also apply to the transport and heating sectors, raising the prices of petrol, diesel, gas and coal. The government will decide whether or not to apply it to electricity rates. The report recommends a base rate of 32 Euro per tonne in 2010, with a 5% annual increase until it reaches 100 Euro in 2030.

The government has committed to ensuring that this additional tax is compensated by tax reductions or lump sum allocations, called a green cheque, for the least well off households. 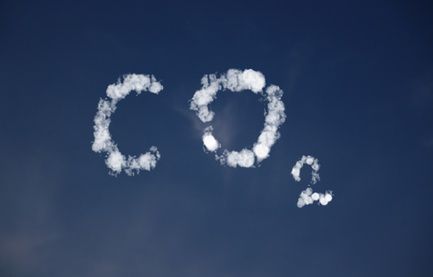 The carbon tax is a tax added to the sale price of goods or services depending on the quantity of greenhouse gas, such as carbon dioxide. Credits: DR.