Composed of one atom of carbon and two atoms of oxygen, carbon dioxide (CO2) is a linear molecule. Under normal temperature and pressure conditions this non organic compound is present as a gas. However it can also be found in liquid and solid form. Carbon dioxide is a powerful greenhouse effect gas. It is a product of combustion. It is for this reason that industrial production and traffic emissions have become a major ecological issue.

In May 2013, the symbolic 400 ppm threshold was reached in Hawaii. Such a high concentration had never been reached for over two million years. The human metabolism produces CO2, which is eliminated when breathing. Air that is exhaled contains about 4 % of CO2. Carbon dioxide is colourless and odourless, and is formed in the tissues of the organism and then eliminated by the lungs. 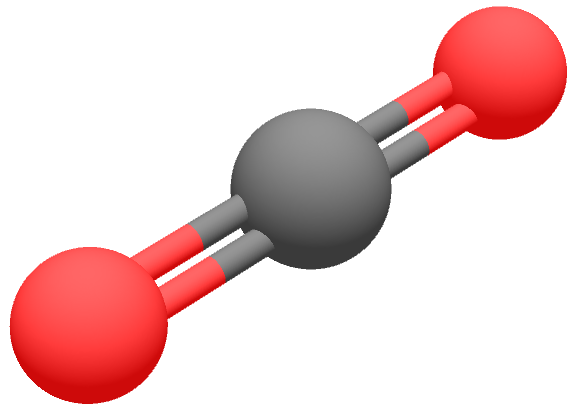