The Blue Car is a small electric urban vehicle built by Batscap, a subsidiary of the Bolloré Group, and Pininfarina, an Italian company. The particularity of this vehicle is its lithium-metal polymer battery, used instead of the lithium-ion battery that is common in electric vehicles.

Autonomy and charge time of the Blue Car

According to the manufacturer, this 300 litre and 300 kilogram battery should provide 200 kilometres autonomy in the urban cycle and 250 kilometres in a mixed cycle. Its charge time should be 6 hours using a standard socket and 2 hours with a quick recharge terminal. A flash recharge would also make it possible for the vehicle to cover 25 kilometres.

Speed of the Blue Car

The engine has a power of 50 kilowatts and can accelerate from 0 to 60 km/h in 6.3 seconds. The speed of the vehicle would be electronically curbed at 130 km/h.

Approved for driving on public roads in 2007, the Blue Car has been available on the market under a rental scheme since November 2010.

Browse the Electric vehicle page of our vehicles of the future file! 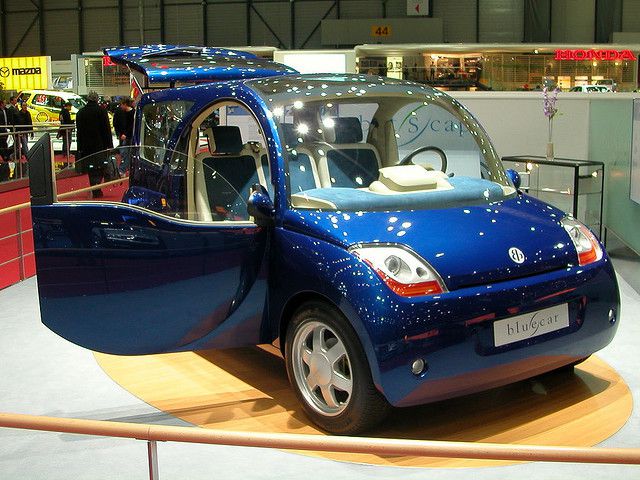