West's comet (C/1975 V1) was discovered on 10 August 1975 on a photograph taken by the Danish astronomer Richard M. West while working at the European Southern Observatory (ESO) in Chile.

Within a few months it had become an exceptional object, reaching a magnitude of -3 in March 1976, putting it in the very exclusive class of "great comets". This family includes the few comets that were spectacular enough to have been seen with the naked eye and by a large number of non-specialised spectators. West's comet could even be seen in broad daylight at its maximum brightness.

Having a very long orbital period of over 500,000 years, it may have been the first time it passed near the Sun, at 30 million kilometres; this is probably why its nucleus broke into 4 fragments, the first two on 7 March and the others on 18 March.

C/1975 V1 is one of the finest comets observed over the last fifty years, along with the Hyakutake comet (20 years later), the Hale-Bopp comet and the McNaught comet to which it bears a great visual resemblance.

Despite its spectacular appearance in 1976, it was largely ignored by the media: wary of the very optimistic forecasts they had made three years earlier for the arrival of the Kohoutek comet, which proved disappointing, astronomers were very careful not to make any forecasts about West's comet that could have proved inaccurate. 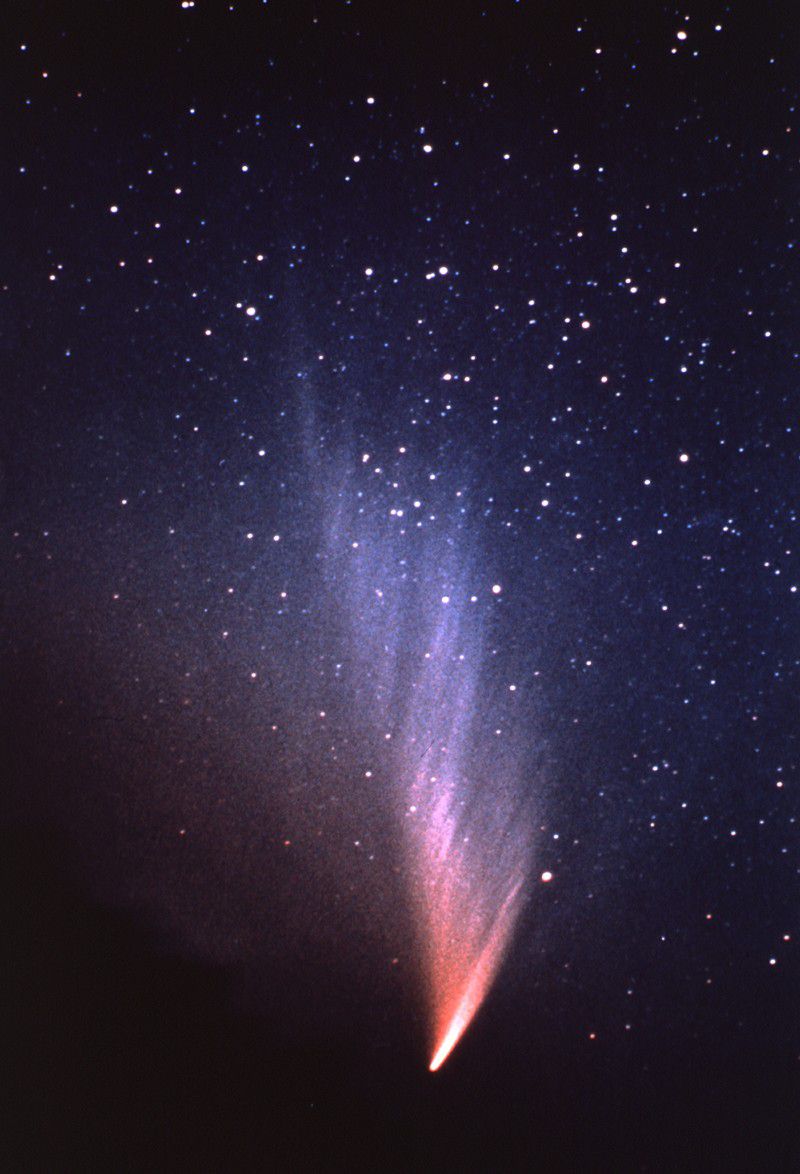