Discovered in 1867, the Tempel 1 comet (9P/Tempel) covers its orbit in 5.5 years. This hirsute body about 6.5 kilometres in diameter has already been visited by an American space probe. Deep Impact flew over the comet in July 2005 to photograph it, but above all to send a 370 kilogramme impactor into it to form a 30 metre crater. The impact released large quantities of dust, water ice and hydrocyanic acid.

The probe's cameras also photographed pockets of ice at the surface, the first direct proof of the presence of water ice on a comet. This suggests that it is a geologically active body in which ice inside rises to the surface. Jets of gas similar to those observed on the Hartley 2 comet would then carry the dust and ice into the comet's nebulous halo and tail. Scientists think that certain organic molecules in comets (such as the glycine detected in the Wild 2 comet) could be at the origin of the appearance of life on Earth.

Tempel 1 was visited a second time by a probe in February 2011: Stardust passed at a distance of approximately 200 kilometres from the comet. The objective was examine how the hirsute body's surface had changed since the 2005 impact and after a complete orbit. 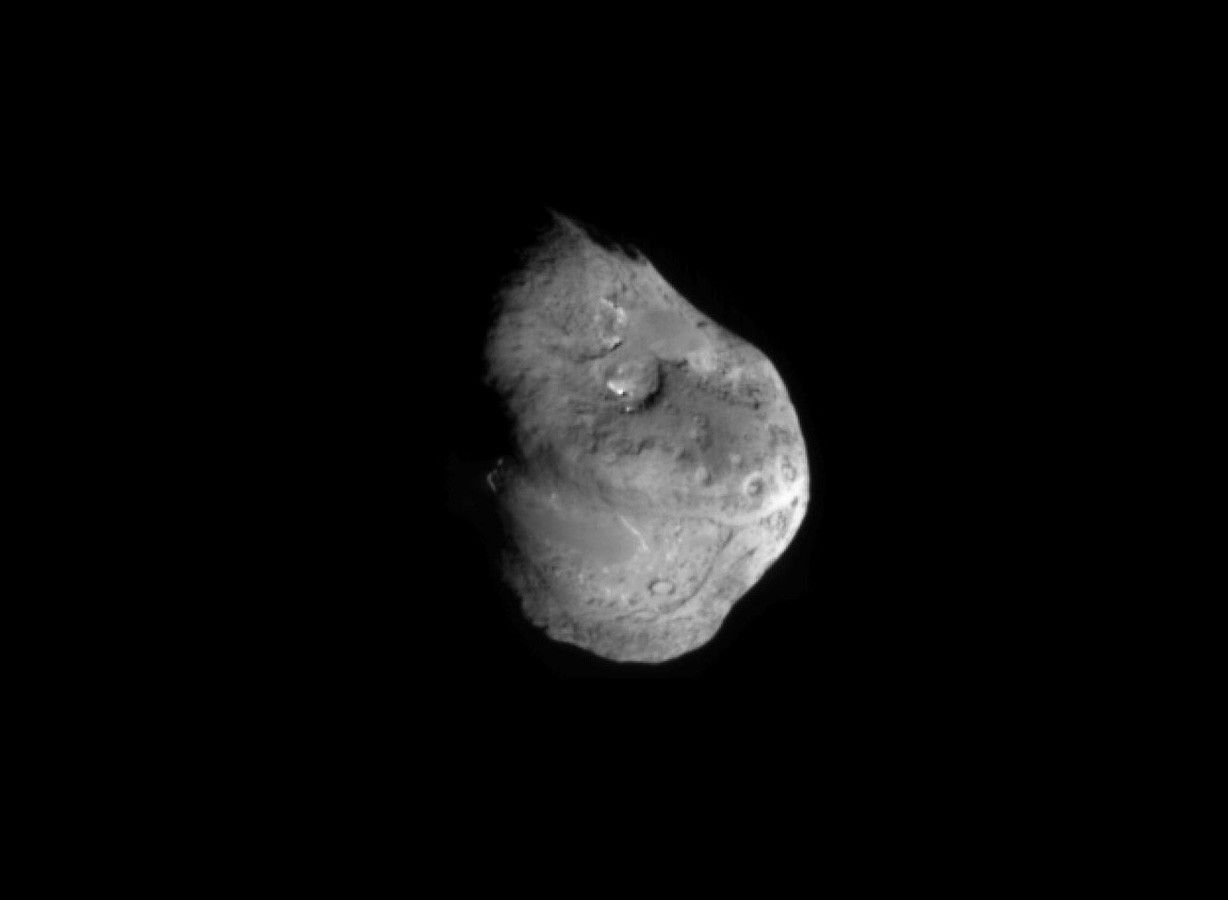 The surface of Tempel 1 photographed by the Deep Impact probe in 2005. © NASA