Symbiotic stars are binary systems composed of an ordinary red giant (usually of type M and sometimes types G or K) or a Mira, and a hotter star (usually a white dwarf, but sometimes also a massive star on the main sequence, or even a neutron star).

Because of the transfer of matter from the first to the second component caused by the stellar wind, there can be periodic explosions similar to those of novae. Most symbiotic stars have orbital periods of a few years, but some complete their orbits in several decades.

Diagrams showing the activity of a symbiotic star such as Hen2-104. © NASA

The most well known of these stars are Z Andromedae, R Aquarii and CH Cygni. 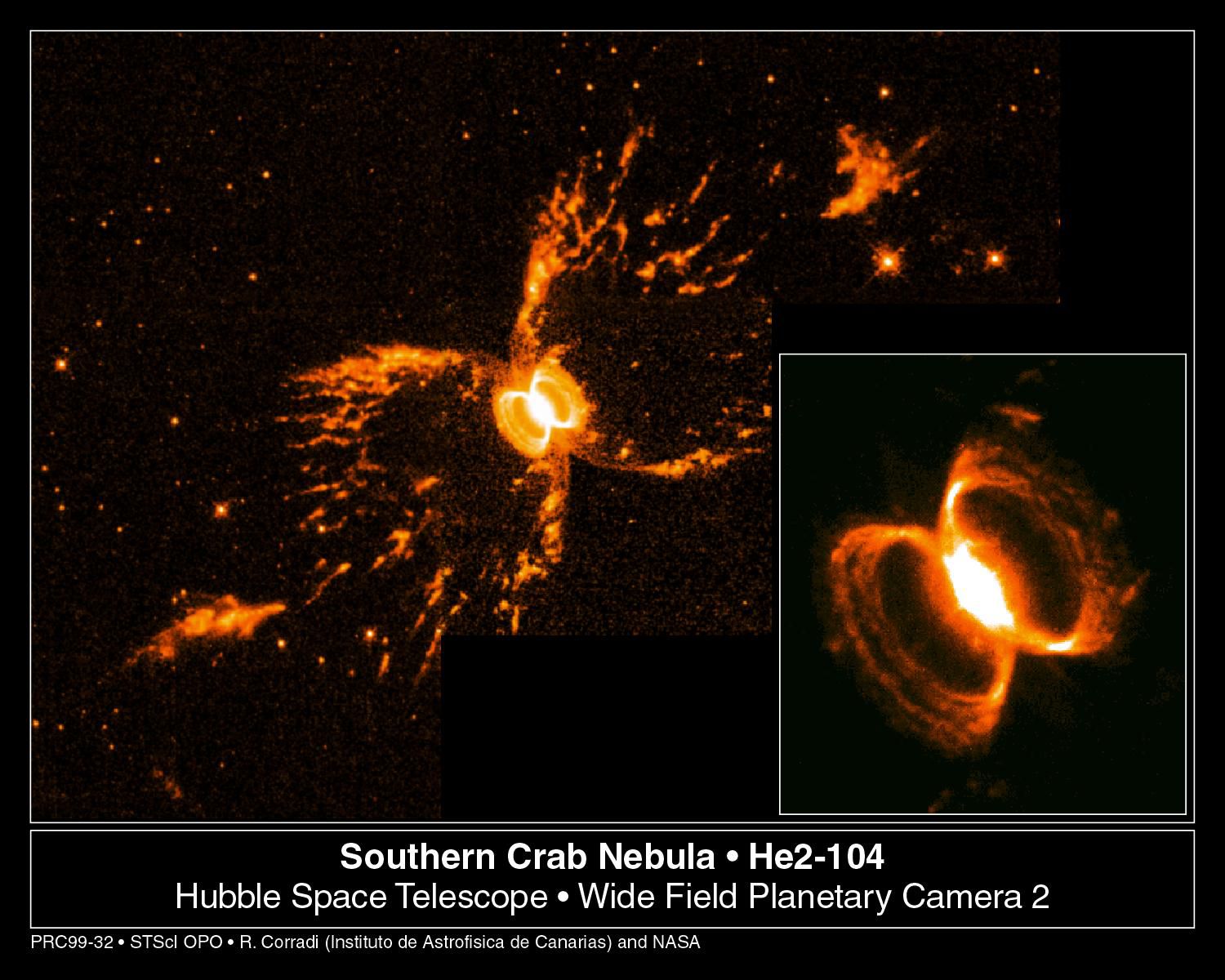