A super-Earth is an exoplanet of which the mass is less than ten times the Earth's mass and greater than five times Earth's mass, depending on the authors. This definition therefore has nothing to do with the composition of the exoplanet or its inhabitability. Usually the media depiction of a super-Earth is a rocky planet bigger than Earth.

Have any super-Earths been found?

The first super-Earths were discovered by Aleksander Wolszczan and Dale Frail around the PSR B1257 +12 pulsar, in 1992. The two planets have masses about four times that of the Earth, and so are too small to be gas giants.

The first super-Earth around a star on the main sequence was discovered by Eugenio Rivera and his colleagues in 2005. It is Gliese 876 d with a mass estimated at 7.5 times the mass of the Earth. To date, over thirty super-Earths are known but at the beginning of the 2011, exoplanet hunters using observations from Kepler announced that they had over 280 super-Earth candidates. 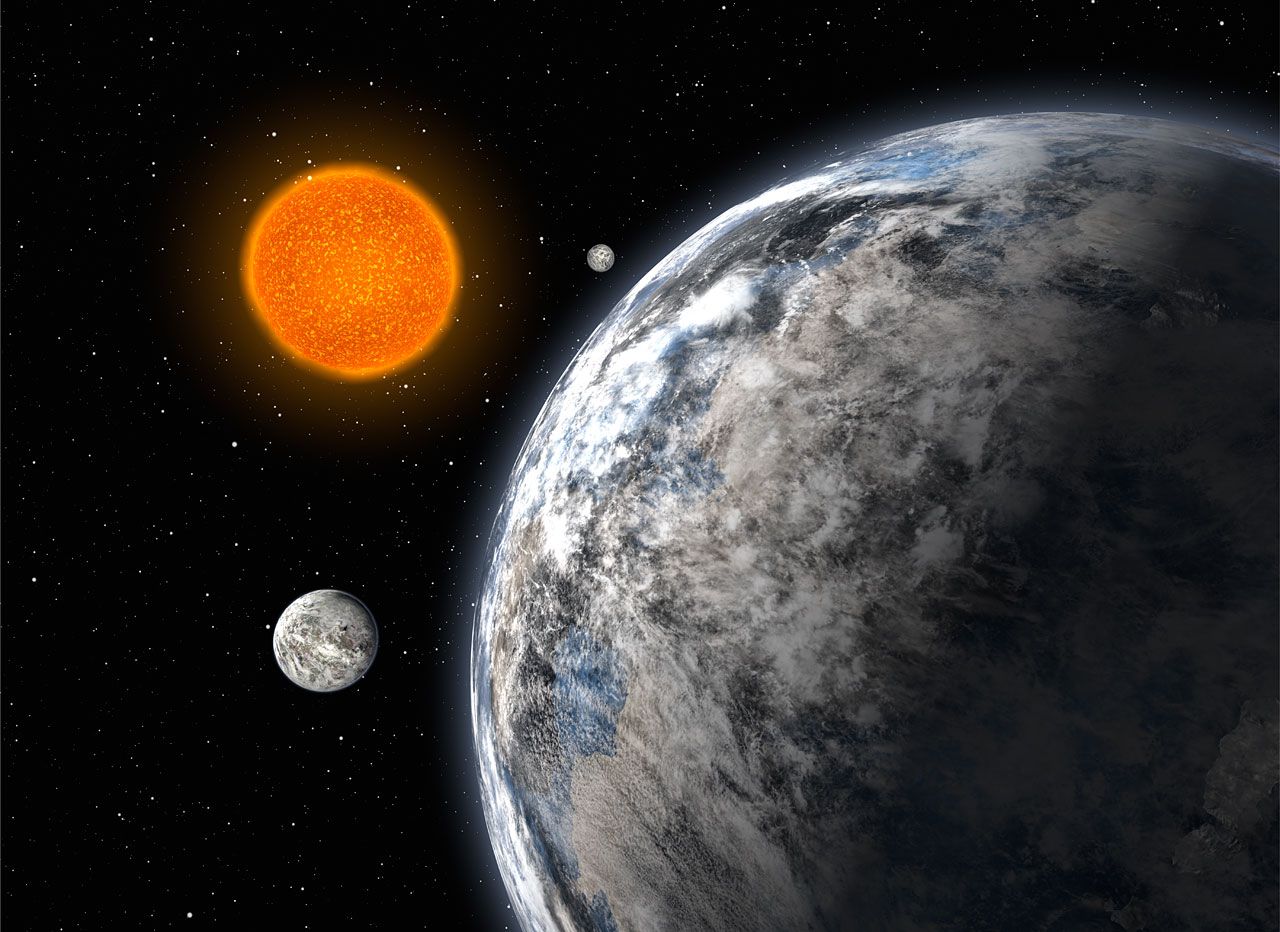 Artist's impression of the trio of super-Earths discovered by a European team using the Harps spectrograph on the ESO 3.6 metre telescope at La Silla, Chile, after five years of observations. The three planets are 4.2, 6.7 and 9.4 times the Earth's mass and orbit around the HD 40307 star with periods of 4.3, 9.6 and 20.4 days respectively. © ESO