Stephan's quintet is a famous group of five galaxies In the constellation of Pegasus. It was discovered in 1878 by E. Stephan. From the Marseilles Observatory of which he was the director, Stephan catalogued 800 new"nebulae" between 1869 and 1885. Later (in 1924 with Edwin Hubble), it was understood that these are actually galaxies that are very far from our Milky Way.

The five galaxies in Stephan's quintet show clear signs of gravitational interaction: there are emissions of gas filaments and stars proving that forces of attraction are at work. Measurements of the distances have however shown that only 4 out of the 5 galaxies are really physically linked. Whereas NGC 7319, 7318A, 7318B and 7317 are 300 million light-years away, NGC 7320 (top left of the image) is only 50 million light-years away.

NGC 7318A and 7318B are currently the two galaxies with the strongest interaction: they have merged a large proportion of their components and form a zigzag structure (at the centre of the image) from which their two brighter nuclei emerge.

The Quintet has a magnitude of 14. It is invisible to the naked eye and can barely be seen using a telescope of at least 20 centimetres diameter under a very good sky. The best image of this famous group is doubtless the one (below) taken in 2009 by the Hubble space telescope after it had been equipped with its new WFC-3 camera by STS-125, the last maintenance mission. 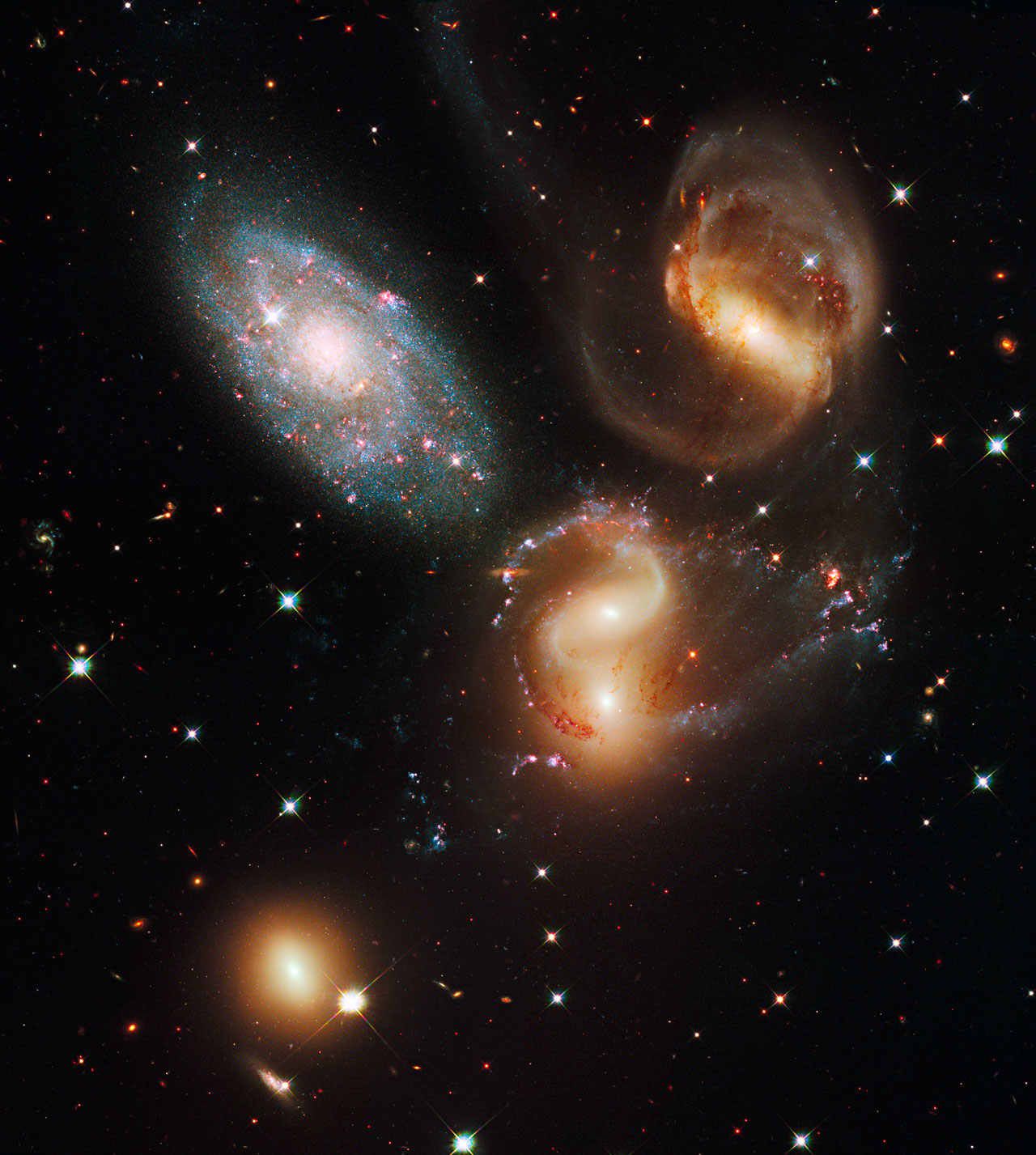