Proxima Centauri is the nearest star to us. It is a red dwarf, a category of dim, low mass stars very common in the Milky Way. It is only 4.22 light-years away, in the southern constellation of Centaurus. With an apparent magnitude of 11.2 (it is 20 000 times less bright than the Sun and one eighth of the mass) a telescope is needed to observe it, which explains why it was not discovered until 1915.

In 2002 its diameter was measured using the Very Large Telescope interferometer: Proxima Centauri is 7 times smaller than the Sun with a diameter of 200,000 kilometres (1.5 times that of Jupiter). It is also a variable star: its powerful magnetic field is at the origin of gigantic stellar eruptions (equivalent to solar eruptions on the Sun) which increase its brightness by one magnitude.

Proxima Centauri is part of a triple star system. The other two members form the double star Alpha Centauri, named Rigil Kentarus (the centaur's foot) by the Arabs in the Middle Ages, the fourth brightest star in the sky. With its two stars identical to our Sun, Alpha Centauri is a good candidate to harbour an exoEarth, as suggested by Stewart Cowley in his science-fiction work Spacecraft, 2000 to 2100 AD: Terran Trade Authority handbook, 1978. 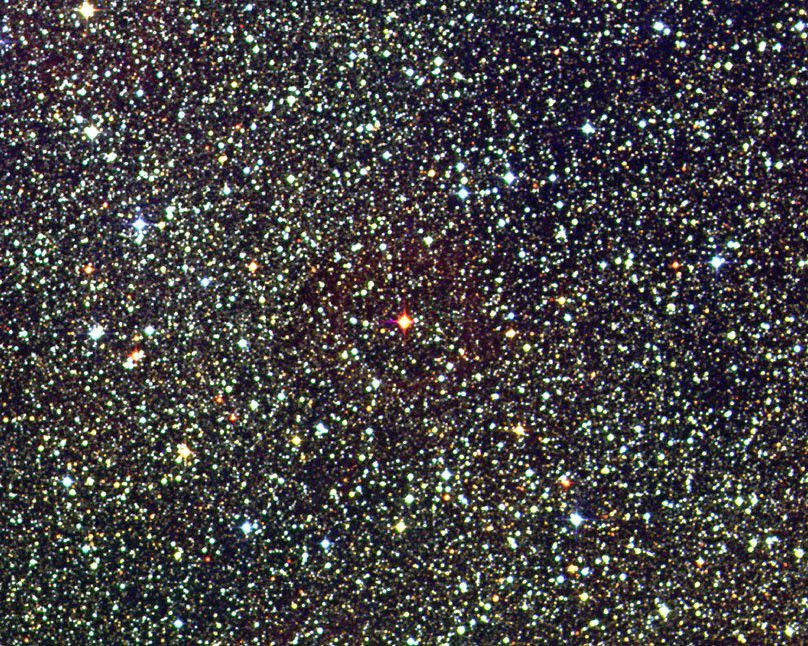