Since June 2008, following a decision by the International Astronomical Union (IAU), a dwarf planet orbiting the Sun at a distance greater than Neptune must be called a plutoid.

A plutoid therefore has sufficient mass for its own gravity to provide hydrostatic equilibrium, giving it a quasi-spherical shape. Furthermore, to be classified as a plutoid, the body must not have cleaned up the objects in its orbit. Satellites of plutoids are not plutoids, even if they are also quasi-spherical in shape.

Currently, only Pluto and Eris are officially in this new class. The dwarf planet Ceres is not beyond Neptune's orbit, and cannot therefore be included. 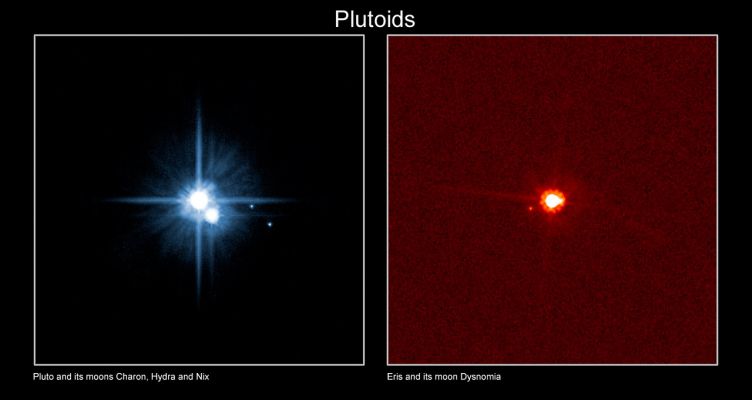 The plutoids Pluto and Eris with their satellites. Credit: IAU