The Perseids form a flow of shooting stars that appear to emanate from the constellation of Perseus, hence their name. These shooting stars are specks of dust abandoned on its orbit by the Swift-Tuttle comet first observed by the Chinese in -68 BC.

Every year the Earth crosses the comet's orbit between mid July and mid August: this is the opportunity to observe many of the inappropriately named shooting stars. The correct term is meteor, a light phenomenon caused by the burning of comet dust passing through the Earth's atmosphere at high speed (several kilometres a second). The Perseid swarm is usually at its maximum on the night of the 12th or 13th August, shortly after Saint Lawrence day in the Catholic calendar, which is why these shooting stars are sometimes called "The tears of Saint Lawrence"; in the second half of the night it is not uncommon to observe a hundred or more meteors per hour. When the Swift-Tuttle comet returns (on average every 133 years), it replenishes the Perseids swarm with dust, as was the case in 1992 the last time it passed.

The Perseids have been observed for a very long time (the year 36 in China), but the official discovery of the swarm in the 19th century was by A. Quetelet, who founded the Belgian Royal Observatory. The Perseids swarm is not the most spectacular, but it is the most well known and is observable in comfortable conditions during mild summer nights. The Perseids have inspired a highly publicised annual astronomical event in France, the "Nuit des étoiles" (Star night). 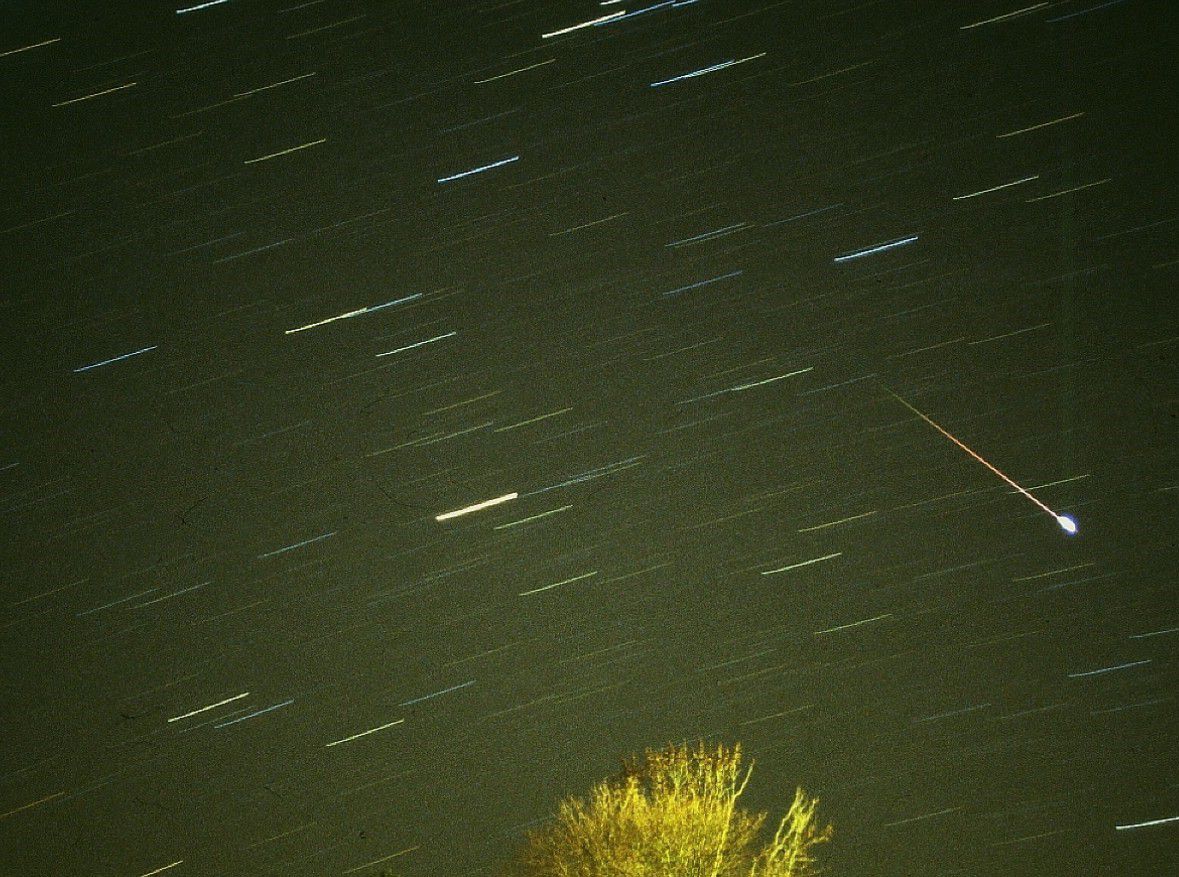 When a grain of comet dust burns in the atmosphere, it creates a brief luminous trail, the meteor, incorrectly called a shooting star. August is the time to admire the Perseids, a famous swarm of shooting stars. Credit J-B Feldmann