Until recently, the idea that a planet entirely covered by an ocean could exist was the domain of science fiction writers. But since the discovery of exoplanets and the planetary migration phenomenon, it has been acquiring scientific status, at least theoretically. Thus, an ocean planet would be a super-Earth that initially had an ice mantle, and which would have migrated towards its host star. Passing into the habitability zone would cause part of the ice to melt and an immense liquid ocean to form.

This would eventually give a planet of a higher mass than the Earth, totally covered by a gigantic ocean a few hundred kilometres deep, covering an ice mantle. Given the pressure conditions, this ice would be in a special phase. A potential ocean planet has been known about since 2010. This is GJ 1214 b. There are good reasons to suppose that the CoRoT and Kepler satellites could discover many of them in the Milky Way. 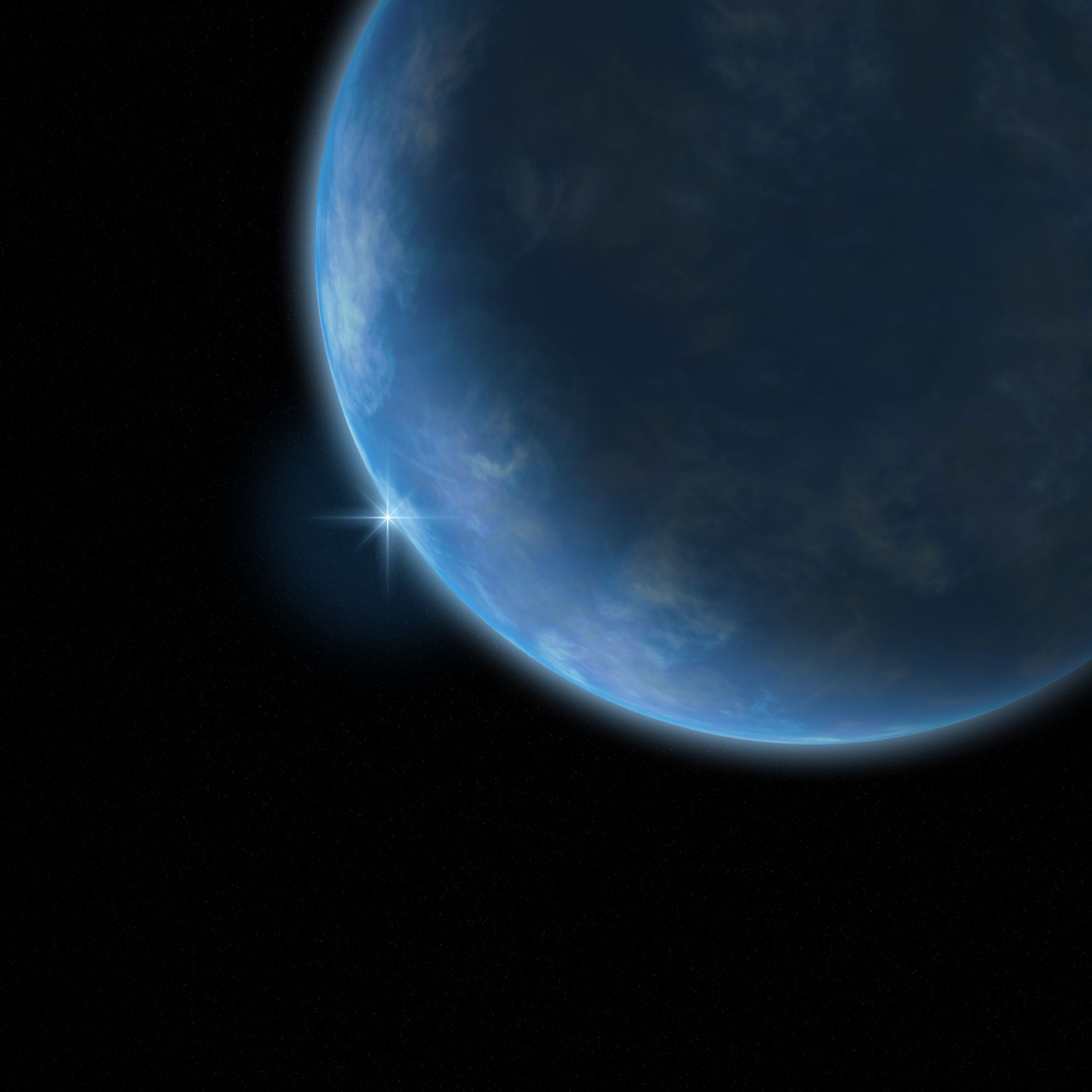 An artist's impression of an ocean planet. © www.clevelandwebs.com-samuel tucker