Mira Ceti, the omicron star in the constellation of the Whale, is the prototype of a category of variable stars, the Miras. In 1596, the Dutch astronomer Fabricius noticed the strange behaviour of this star. Its brightness began by doubling in three weeks then decreased until the star became invisible two months later. Fabricius thought that it was a supernova, but he found the star once more in 1609.

The curve of Mira Ceti's light consists of a rapid rise followed by a slow fall to a persistent minimum. It is one of the long period variable stars (from 50 to 1000 days) of which the brightness can vary by 3 to 8 magnitudes. Their variability comes from pulses caused by the combustion of a helium and hydrogen shell around a melting carbon and oxygen core. Several thousand stars of the Mira type have already been found in our galaxy and some have even been discovered in the Large Magellanic Cloud. At 400 million light-years from Earth, Mira Ceti is a red giant, among the coldest known stars: only 3000 Kelvins at its surface.

In 2007 the Galex telescope (Galaxy Evolution Explorer) discovered that Mira Ceti (which is speeding into space at 130 kilometres per second) was losing enormous quantities of matter into space in the form of a tail of gas similar to that of comets. This tail measures 13 light-years and only appears in ultraviolet light. Mira Ceti is also a double star: Mira A has companion, a variable white dwarf (Mira B). 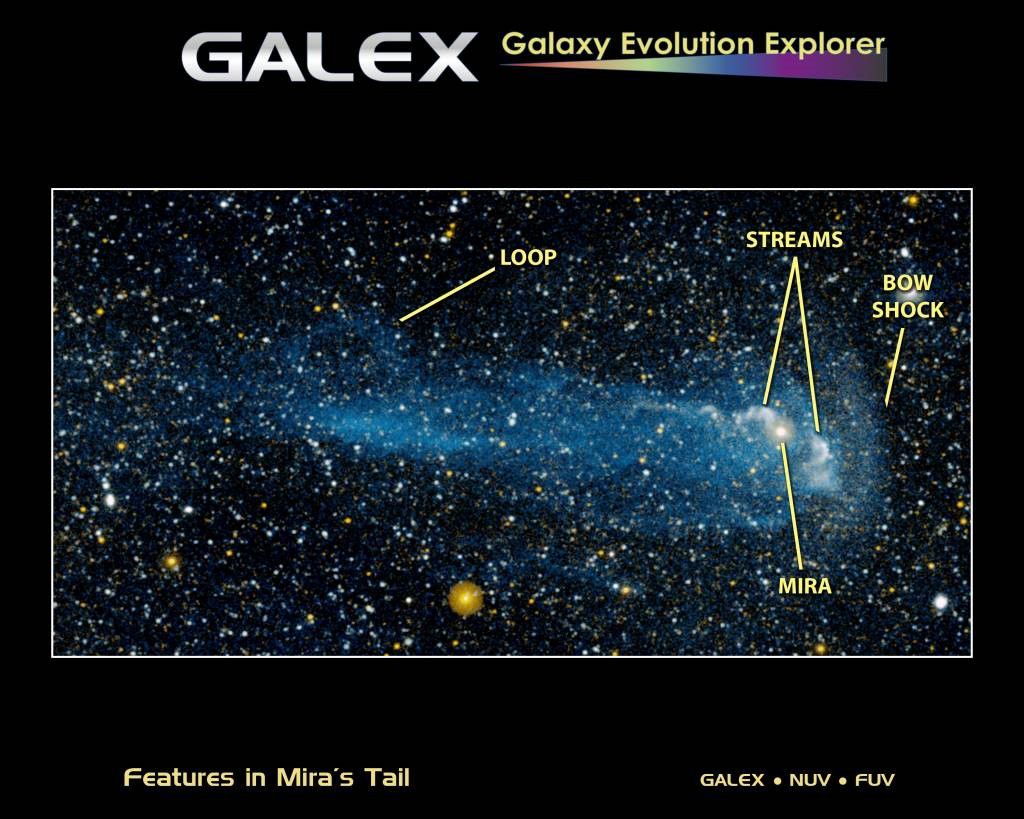