Discovered by the astronomer Le Gentil in 1749, it was catalogued on 25 September 1764 in thirty-eighth position in Charles Messier's catalogue of nebulous objects. The age of this cluster is estimated to be 200 million years.

M38 has two curiosities: it contains a yellow giant 900 times brighter than the Sun. And attentive observers will see that just alongside this cluster there is another much smaller and dimmer cluster, NGC 1907, composed of about forty stars. The two clusters could be physically linked. 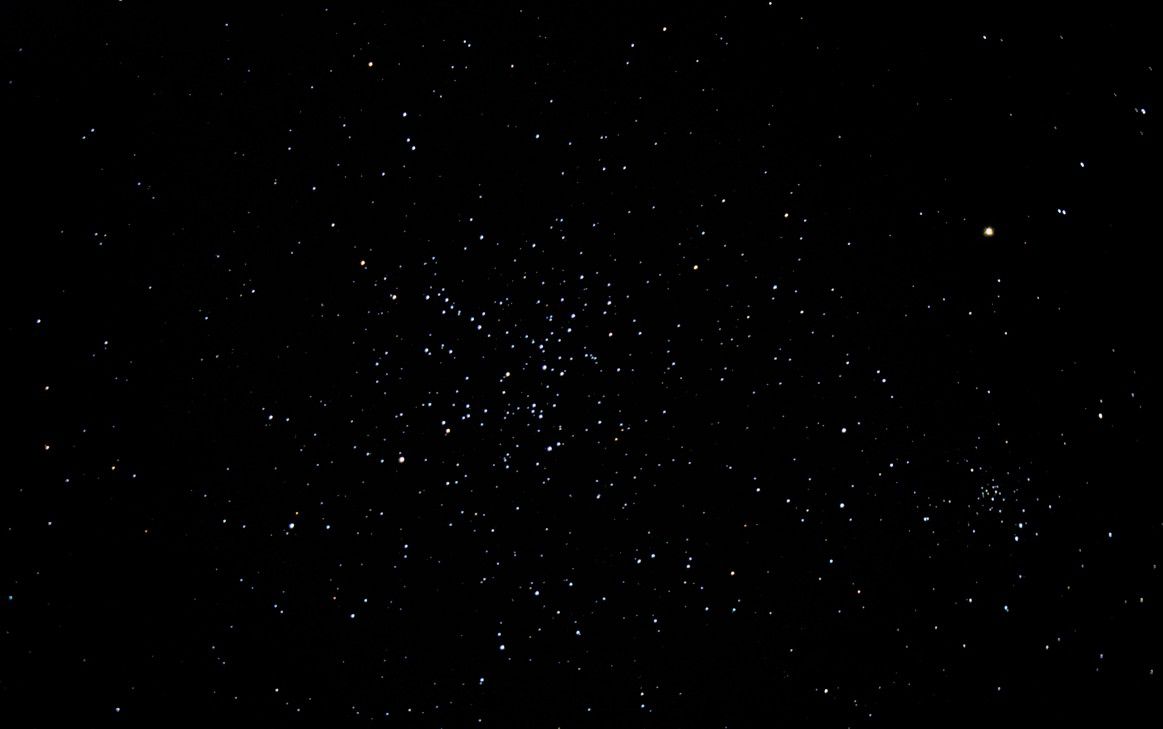