The M84 lenticular galaxy was discovered in the constellation of Virgo in 1781 by the French astronomer Charles Messier who was drawing up his catalogue of nebulous objects that could be mistaken for comets. Like M87 and M86, M84 is aligned with other galaxies in Markarian's chain. In 1961, the astronomer Benjamin Markarian first theorised that this succession of aligned galaxies was not a chance occurrence but that there really was a physical association between them.

The M84 galaxy is a little smaller visually and a little less bright than M87, its giant neighbour, with which it shares some properties. Like M87, M84 is a galaxy that is very rich in globular clusters, and two small jets observable in the radio spectrum escape from its centre. 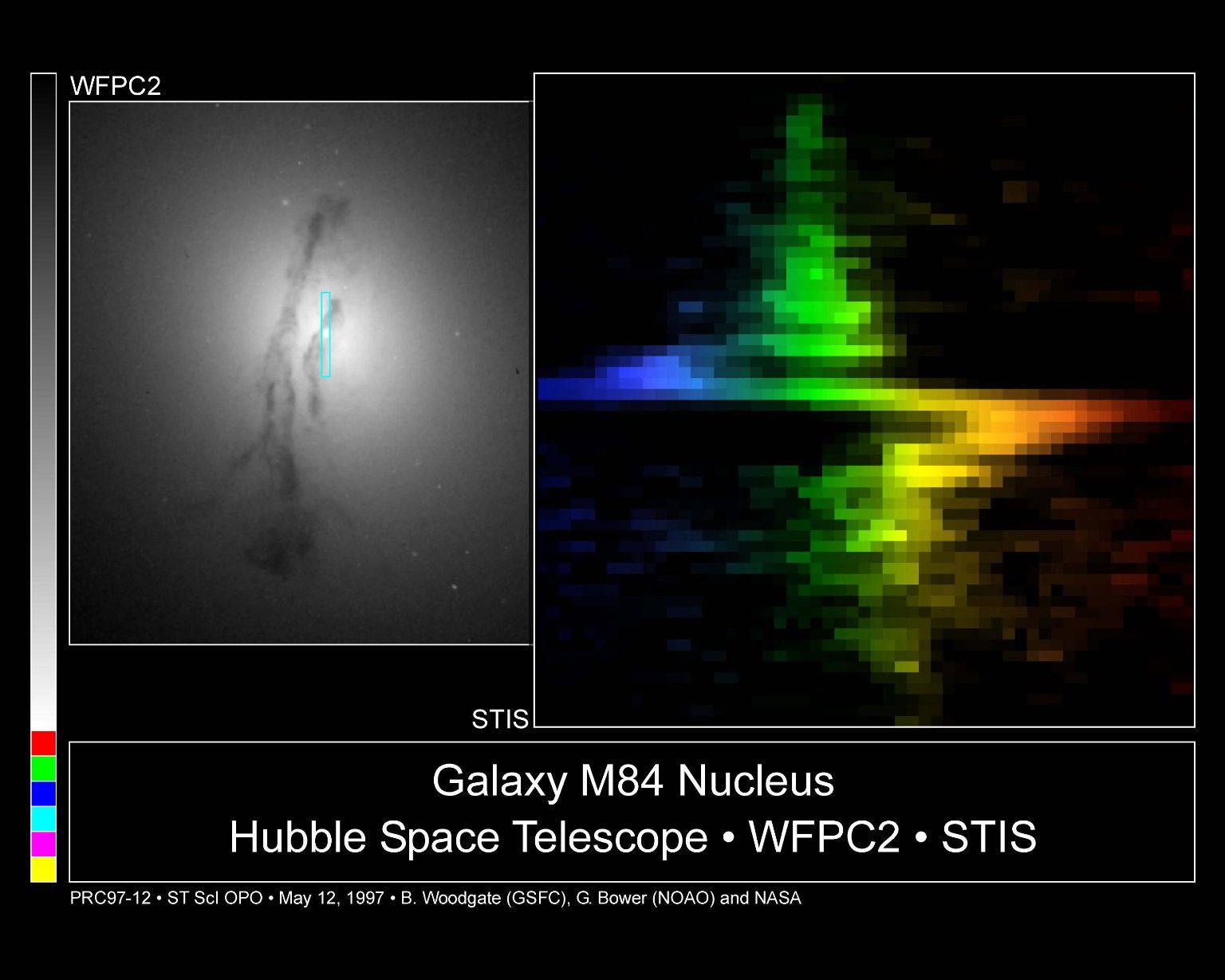 The M84 galaxy photographed by the Hubble space telescope. There are two jets in the nucleus of the galaxy. Credit NASA