The M37 star cluster (NGC 2099) is 4000 light-years away in the constellation of Auriga. Compared with its neighbours M36 and M38, the M37 cluster is the dimmest of the three. It is also the one with the most stars: there are nearly 500, a dozen of which are red giants which make it possible to estimate the cluster's age to be 300 million years.

With an apparent diameter of 24 minutes of arc, almost equivalent to a full Moon, this cluster is particularly spectacular when observed through a pair of powerful binoculars. It was probably spotted for the first time by the Italian astronomer G. Hodierna, and was catalogued by Messier in 1764. 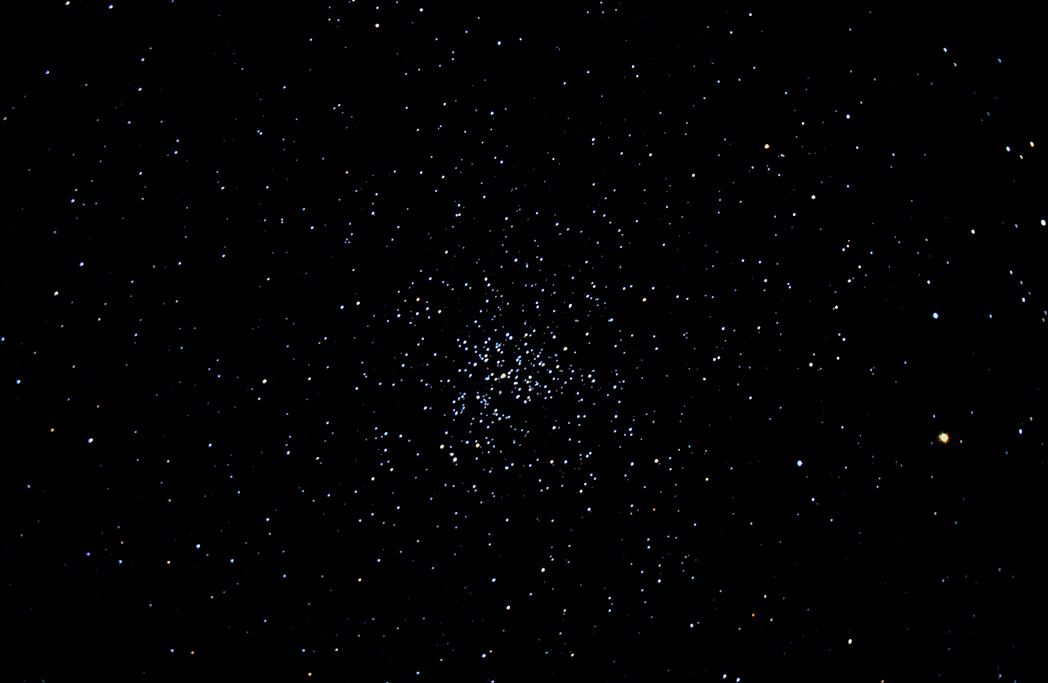