The Late Heavy Bombardment: or LHB, is a period in the history of the solar system extending approximately from 4.1 to 3.9 billion years, during which there was a substantial increase in meteorite or comet impacts on telluric planets.

It was introduced to take account of the curious measurements on the ages of lunar rocks in the great impact basins, respectively the Sea of Showers (Mare Imbrium), the sea of Nectar (Mare Nectaris) and the sea of Serenity, that were brought back to earth by the Apollo 15, Apollo 16 and Apollo 17 missions. While dating of the oldest meteorites gives the solar system an age of about 4.5 billion years, cosmochemists found ages of the order of 4 billion years for rocks from the lunar seas.

Models of the formation of the planets by accretion predicted a major reduction in the planet bombardment rate a few hundred million years after the birth of the solar system, and the simplest way of explaining the formation of the great impact basins was therefore to postulate a sudden increase in the bombardment rate around 4 billion years ago. The great impact basins such as Caloris on Mercury and Hellas on Mars also appear to date back to this period, confirming that a late heavy bombardment did actually impact all the telluric planets. An LHB has therefore been postulated, even though the debate on whether it really happened is still open.

Currently, the best theory to explain this LHB involves a migration of the giant planets (Jupiter, Saturn, Uranus and Neptune), which would have caused various resonances, leading to a destabilisation of the asteroid belt existing at the time. It was developed by Alessandro Morbidelli and his colleagues in the form of a digital model known today as the Nice model. 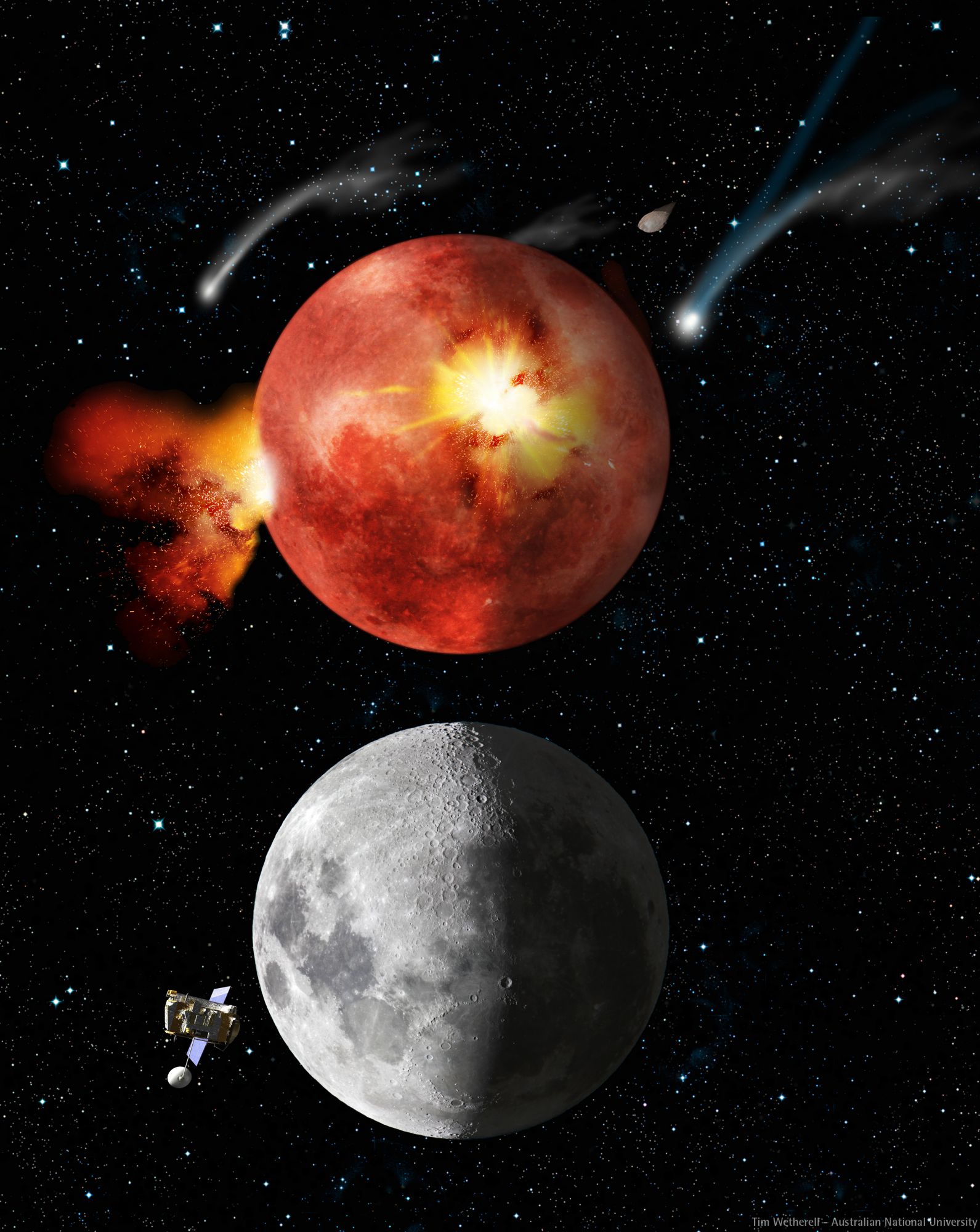 An artist's impression showing the effect of the LHB on the Moon (top), explaining the existence of today's the lunar seas (bottom). © Tim Wetherell - Australian National University