The Large Canary Island Telescope is on the isle of La Palma at an altitude of 2396 metres. It was inaugurated in 2007, it was 90% financed by Spain.

This giant telescope has a primary mirror composed of 36 hexagonal mirrors of a total collecting area of 75.7 square metres, or the equivalent of a spherical mirror 10.40 metres in diameter. The collected light is focused on a secondary mirror then sent to a third mirror which directs the beam to various analysis instruments: spectrographs and analysers in the visible and infrared spectra (Osiris, CanariCam, Elmer and Emir).

The optical part has two optimisation systems: active optics (which optimally aligns the 3 mirrors taking into account the temperature, gravity and construction defects), and adaptive optics, a process in which atmospheric mixing is analysed several times per second, slightly deforming each hexagonal mirror in real time to correct the harmful effects of turbulence.

Futura-Sciences invites you to visit the GTC photo gallery. 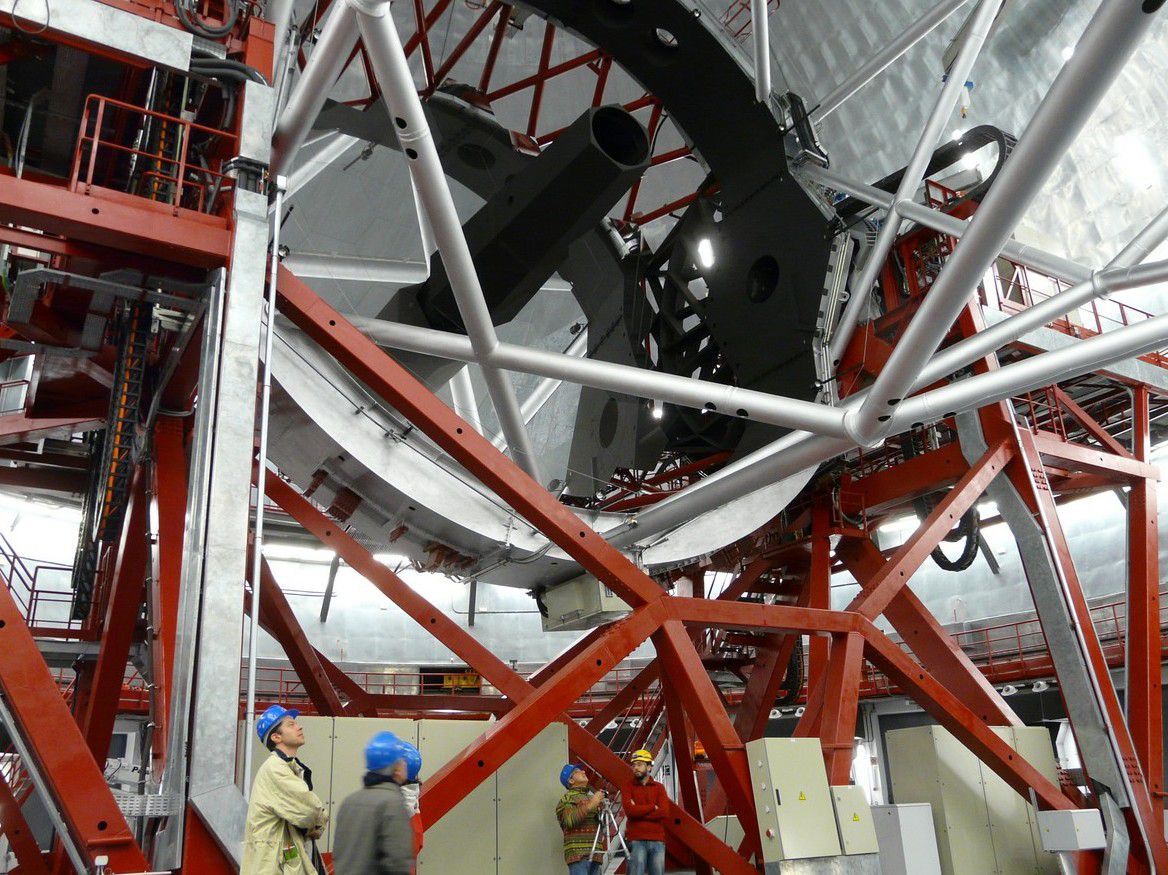