At the beginning of 1996, the astronomical community only had eyes for the Hale-Bopp comet, a hirsute body discovered six months earlier by two American astronomers and which was to provide a show in the spring of 1997.

But on 30 January 1996, a Japanese astronomer, Yuji Hyakutake, discovered a new comet that would bear his name and become famous, using large 150 mm binoculars. Less than 2 months later, Hyakutake's comet passed 15 million kilometres from the Earth: with its bright - 1 magnitude and its plasma tail spread out over 70 degrees of sky, it was the finest observable comet since West's comet twenty years earlier.

From radar observations, astronomers estimated the size of Hyakutake's nucleus (composed of ice and dust) to be 3 kilometres, five times smaller than that of Halley's comet which last passed in 1986.

The last time Hyakutake's comet passed was 17,000 years ago, but because of gravitational disturbances caused by the Sun, it is not expected to return for another 100,000 years! 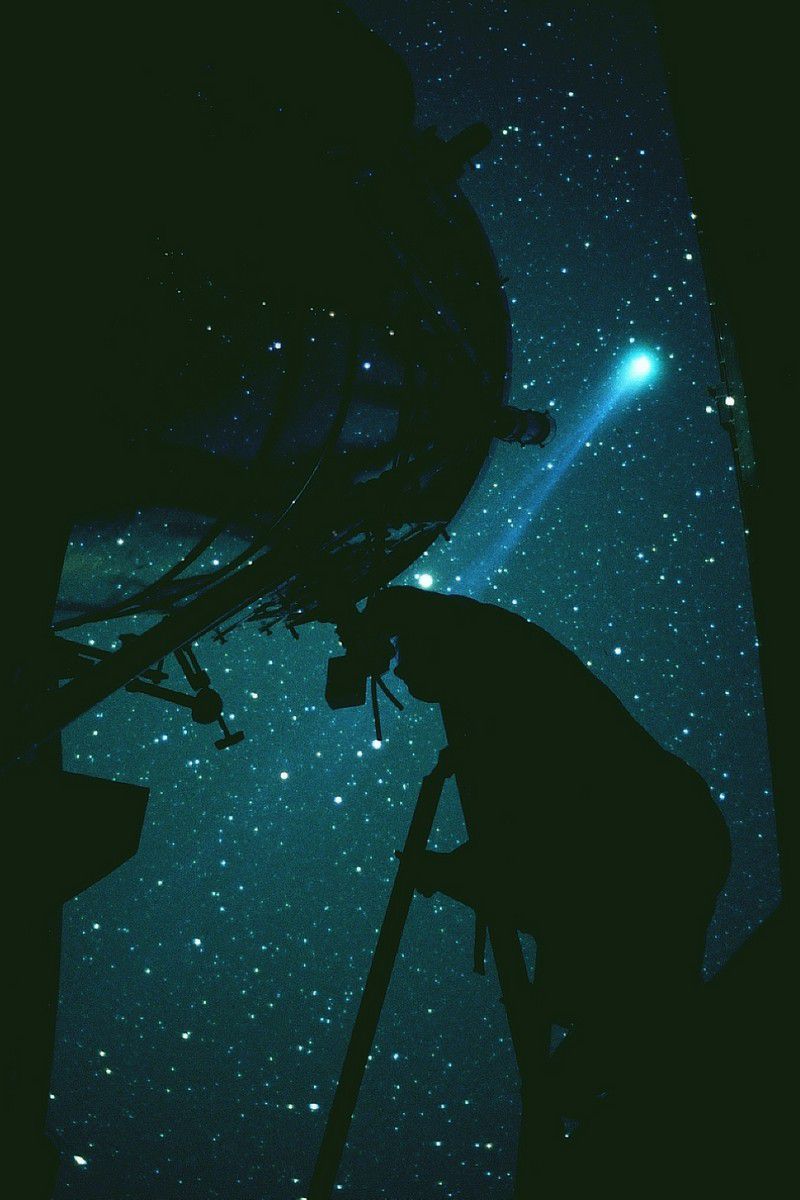 Hyakutake's comet in the spring of 1996. Credit J-B Feldmann