Astrophysical objects associated with the names of Guillermo Haro and George Herbig were actually discovered by Sherburne Wesley Burnham at the end of the 19th century while he was observing T Tauri. Today we know that T Tauri is a protostar, a variable star so young that it has not yet finished forming. It takes its luminosity from the Kelvin–Helmholtz, mechanism, i.e. the direct conversion of its gravitational potential energy into heat and not by the ignition of nuclear fusion reactions at its centre. Stars at the same stage of evolution are said to be in the T Tauri phase.

The formation of a star may appear simple but is in fact very complicated. To collapse sufficiently for nuclear reactions to occur, the protostar must lose heat, momentum and even part of its magnetic field.

It is here that things start to get complicated ...

This video shows the change over time nbsp;of Herbig-Haro HH 34, a jet expelled from a newly-born star in the constellation of Orion. The video was made by joining together all the observations of HH 34 in 1994, 1998 and 2007. © NASA, ESA, P. Hartigan (Rice University), G. Bacon (STScI)/YouTube

A good way of doing this is to form planets with a protoplanetary disk but it is thought that the production of jets of matter along the protostar's axis of rotation is also an important mechanism. It is these jets which, by colliding with the interstellar medium, cause shock waves and the formation of small emission nebula, closely studied by Herbig and Haro around 1950.

At the time, they knew nothing of all this, and even though the great astrophysicist Viktor Ambartsumian had already realised that there was a link between these objects (which he named Herbig-Haro) and the first stages in the formation of T Tauri stars, it was really only through observations at the beginning of the 1980s that it was understood that they were jets of matter. 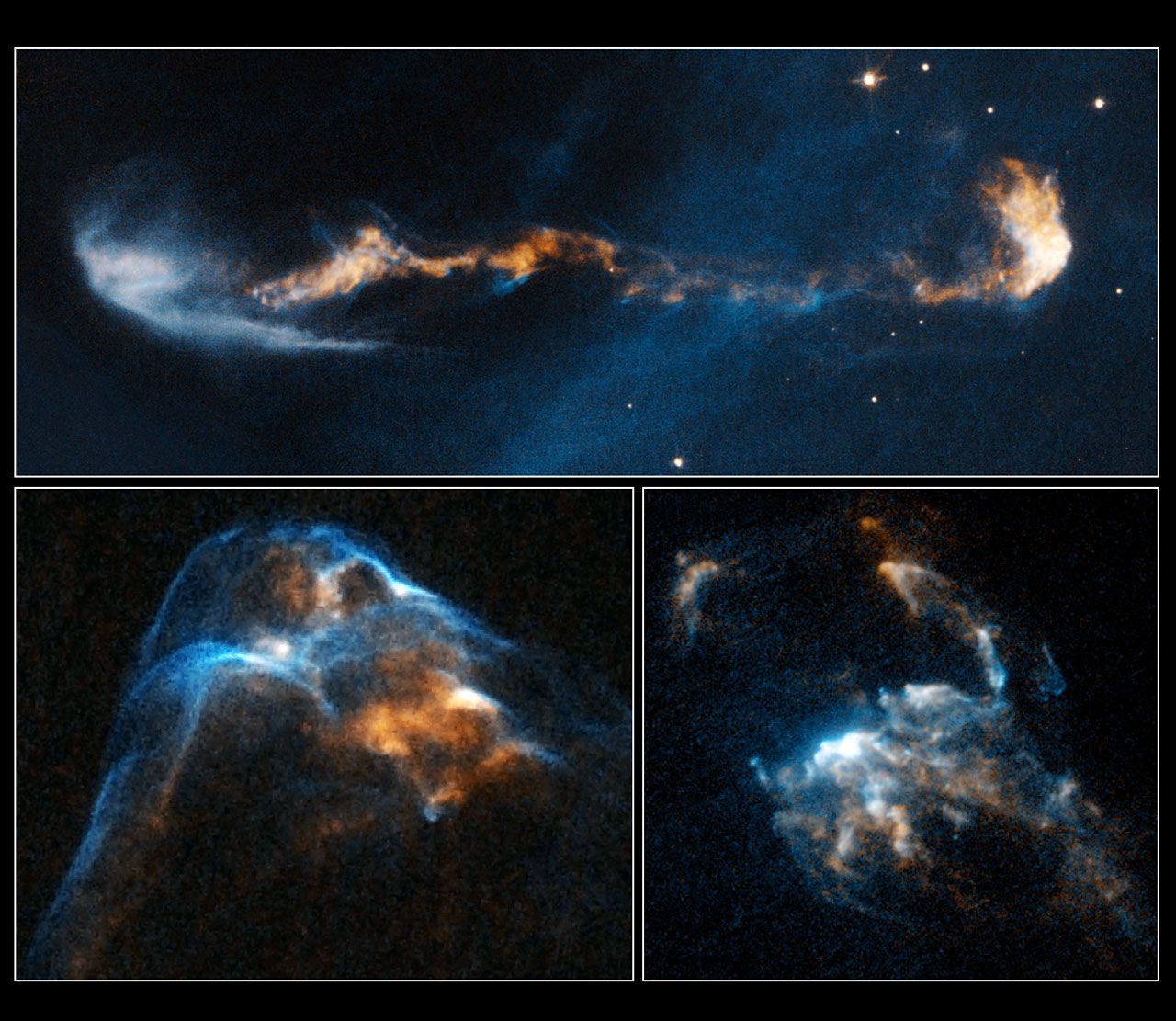