Eris is the largest currently known trans-Neptunian object, measuring between 2400 and 3000 km in diameter and 27% more massive than Pluto. With Pluto, it is one of the dwarf planets called plutoids, decided by the IAU in June 2008.

Eris, from the name of the Greek goddess, was observed in 2003 by Michael E. Brown's team at the California Institute of Technology. Located beyond the Kuiper belt, it has one moon, Dysnomia. Apart from a few comets, these are the most distant known objects in our solar system. 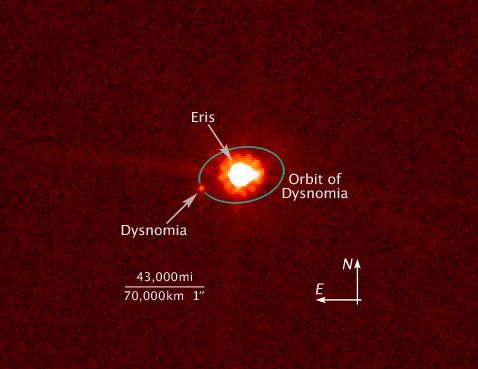