Encke's comet was discovered on 17 January 1786 in Paris by the French astronomer Pierre Méchain; it takes its name from the German astronomer J.F.Encke who determined its period. Encke is the periodic comet with the shortest period (3.31 years). Its elliptical orbit of only 51 x 615 kilometres combined with the performance of modern instruments make it possible for astronomers to monitor it continuously. It has been observed at every passage since 1818 except in 1944.

On 20 April 2007 the NASA Stereo system satellites captured the first images ever recorded of the collision between the tail of Encke's comet and a CME (Coronal Mass Ejection) when the comet had just crossed Mercury's orbit and was approaching the Sun. When the solar storm reached the comet, its plasma tail was suddenly cut, like a candle flame blown out by a gust of wind. Scientists had already suspected that a coronal mass ejection was perfectly capable of such effects on the tail of a comet, but such an event had never been observed. 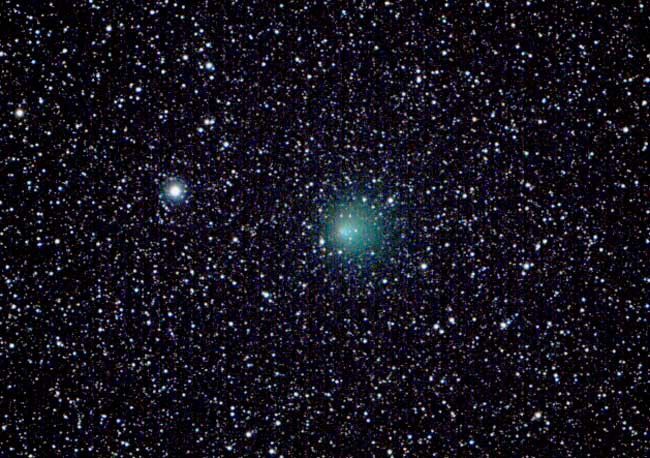