The C/1858 L1 comet was discovered on 2 June 1858 by the Italian astronomer Giovanni Donati from the Florence observatory (of which he became director the following year). It is considered to be the second largest comet of the 19th century after the 1811 comet. At magnitude 0 at its maximum, it could be seen with the naked eye for four months. It should be said that at that time light pollution was non-existent, allowing the splendour of the night sky to be admired even from town centres.

In October 1858 Donati's comet became magnificent. It had a beautiful tail of dust curved over 30 apparent degrees, and two plasma tails that stretched over 60 apparent degrees, or more than 70 million kilometres. There were many gas and dust jets from its nucleus, called "fountains", caused by the action of the Sun. Benefiting from the development of photography, Donati's comet was the first to be recorded using this technique. Its orbital period was estimated to be two thousand years. 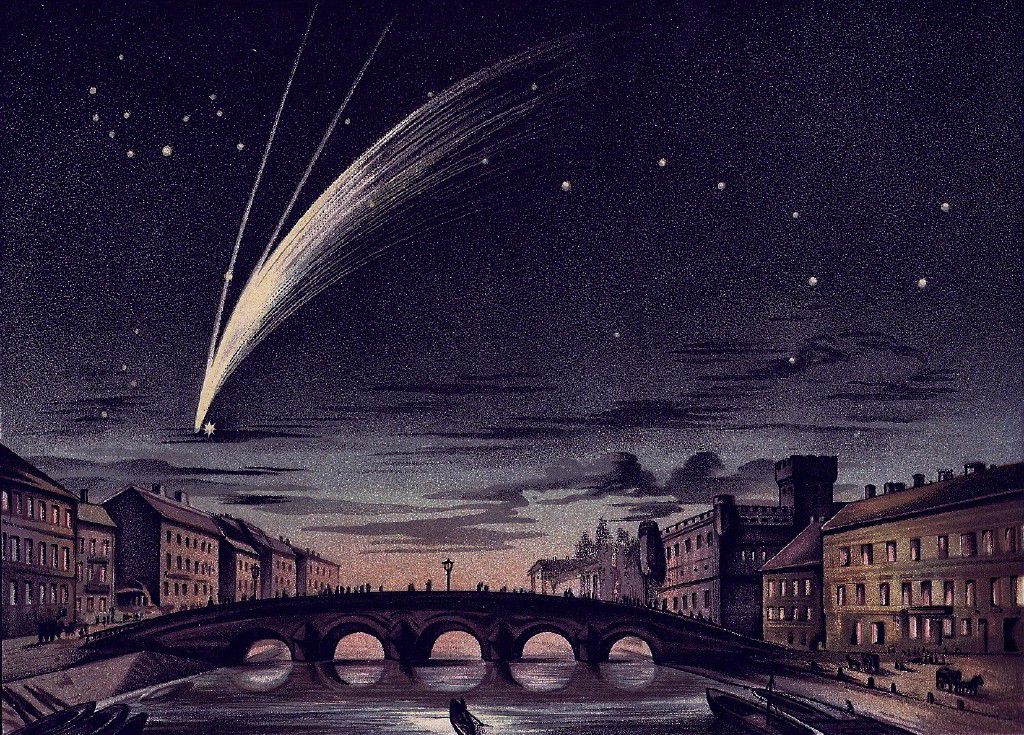 Donati's comet depicted by E. Weiß on 5 October 1858 passing beside Arcturus in the constellation of Boötes.