The Crab nebula is the remnant of the SN 1054 supernova. Chinese chronicles written under the reign of the emperor Song Renzong relate that in the month of July 1054 a new and very bright star appeared in the constellation of Taurus. This supernova remained visible in daylight for three weeks with a magnitude between -3 and -5. It gradually dimmed and the supernova became invisible to the naked eye after two years.

SN 1054 is one of the 8 supernovae observed in our galaxy. For the last thousand years, the debris from its explosion have continued to spread out at a speed of 1500 kilometres per second, so that modifications can be observed over periods of only 4 months. This debris that forms the Crab nebula in its present state is composed of ionised hydrogen and helium. Their temperature is higher than 10,000 K. In the centre of the Crab nebula, which is at present close to 11 light-years in diameter, are the remains of the supernova: a very energetic pulsar spinning 30 times per second and radiating as much energy as 100,000 Suns.

This nebula is the first object in Messier's catalogue, M1. Charles Messier discovered it in 1758 while he was looking for Halley's comet. Having understood his mistake, Messier decided to create his famous catalogue of nebulous objects so as not to confuse them with comets. M1 is a very popular nebula with amateur astronomers: with its magnitude of 8.4 and size of 6X4 minutes of arc, it is a choice object both for visual observation and astrophotography. 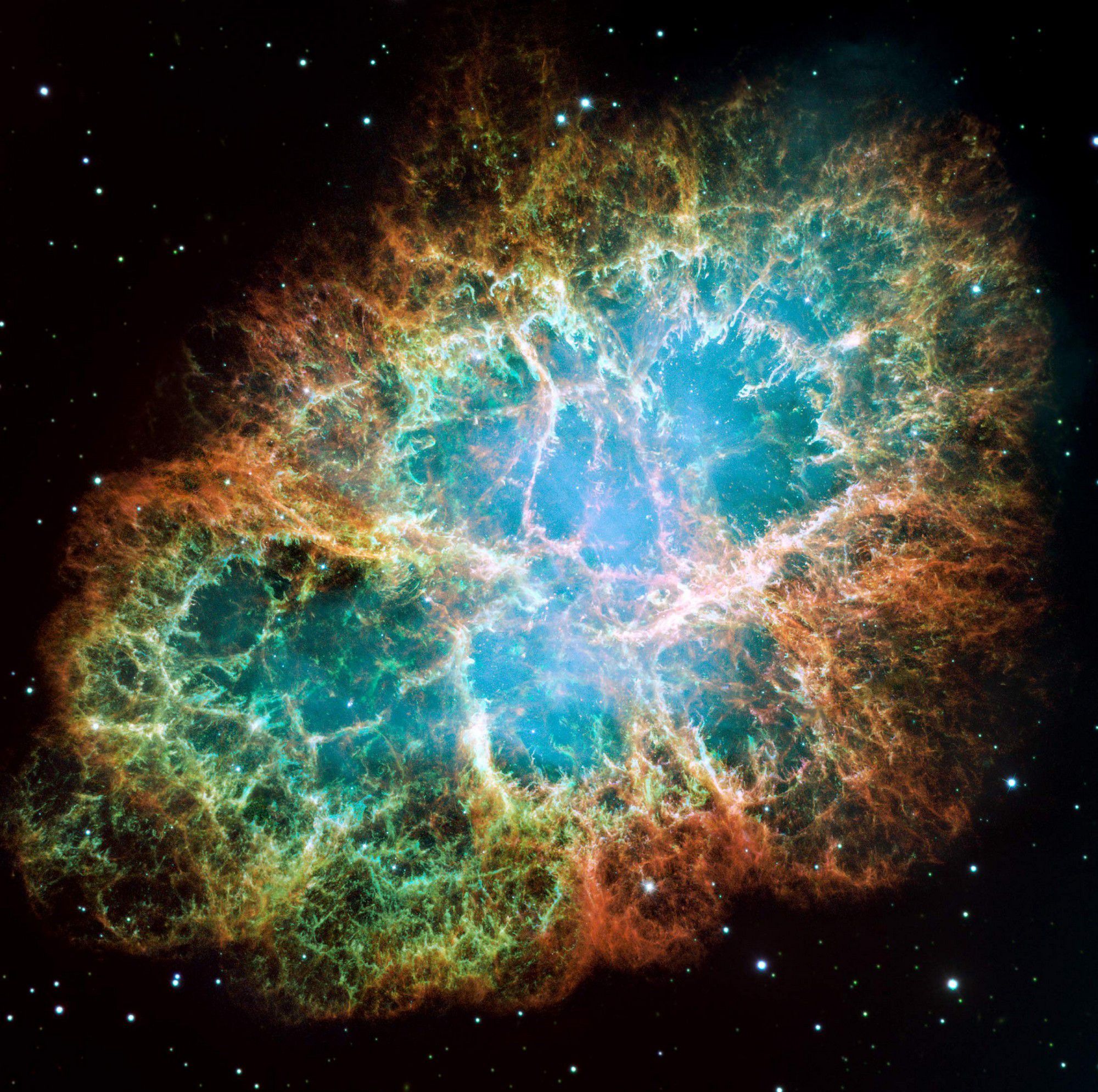 All the beauty and complexity of the filaments of gas that form the Crab nebula can be seen on this image from the Hubble space telescope. Credit NASA