The constellation of Virgo, from the Latin, is one of the 13 constellations of the zodiac that the Sun passes through every year. It is between the constellation of Libra to its left and Leo to its right. One of the stars forming this constellation, the main star, is Spica. A meteor shower, the Virginids, is associated with it, active from 25 January to 15 April.

In Greek mythology it represented the goddess of justice, Themis or Asteria. This goddess is said to have left the Earth, after being disgusted by the vulgarity of man. In the heavens she took the form of the constellation of Virgo.

Look out for: a cluster of galaxies 60 million light-years away the most remarkable members of which are M 84, M 86 and M 87. 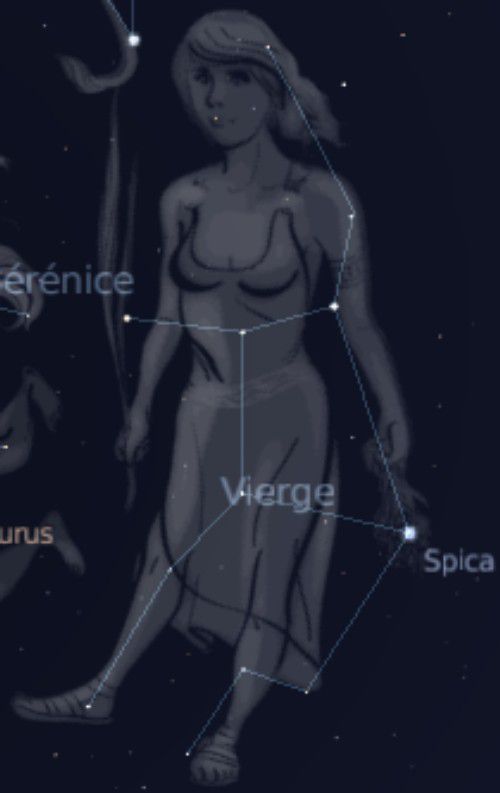