The saucepan-shaped constellation of Ursa Major is easily recognisable. According to the Greeks, Hera, the wife of Zeus, surprised her husband with the nymph Callisto and took revenge by transforming her into Ursa Major, the Great Bear. The bear is also popular with some North American Indian tribes who see a bear pursued by hunters.

The seven brightest stars in the constellation (the third in the sky by its area) are observable every night of the year above a latitude of 41 degrees north: Ursa Major is said to be a circumpolar constellation because it never sets. Ursa Major can also be used to find Polaris, the pole star, by extending the line passing through Merak and Dubhe (the two stars forming the side of the "saucepan" opposite the handle) by five times distance between the two stars.

Look out for, the double stars Alcor and Mizar that can be seen separately with the naked eye, without instruments, and the pair of galaxies M81 and M82. 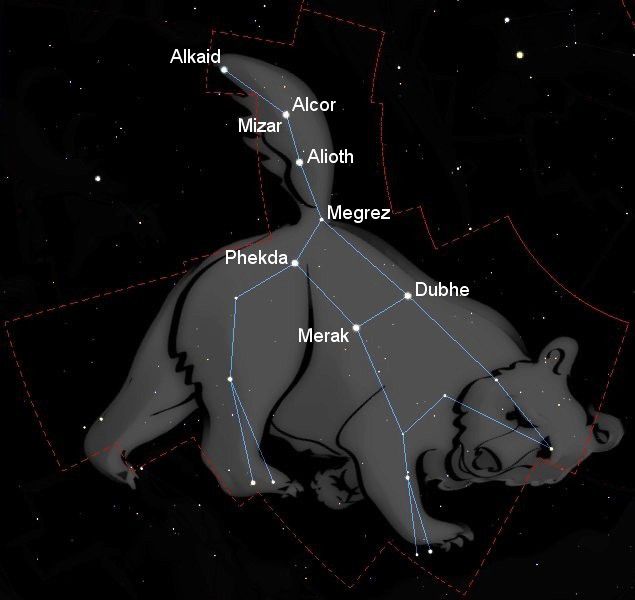