In Greek mythology, Pegasus was a winged horse; after having borne the impetuous Bellerophon, Pegasus became Zeus's mount, king of the gods.

Do not miss the M 15 star cluster and Stephan's Quintet, a group of five galaxies. 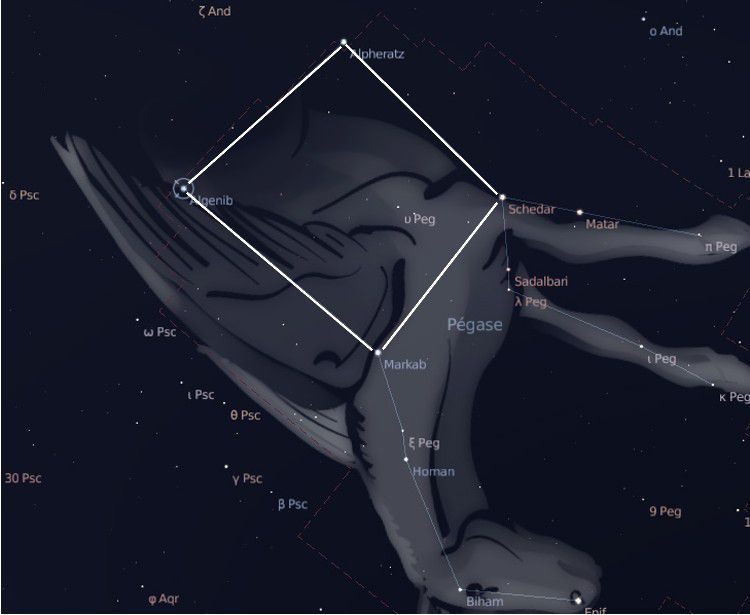